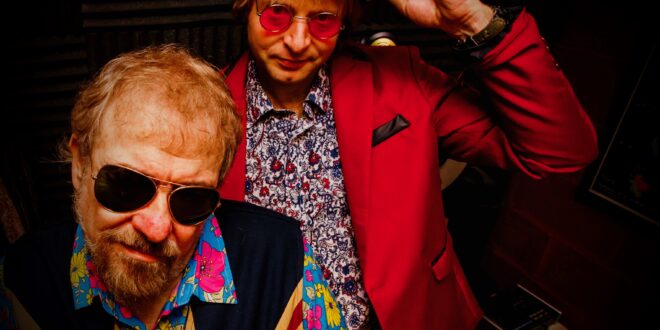 Review Of Robbie Rapids’ “Who Shot Them Down”

Robbie Rapids is a singer and guitarist from Grand Rapids, Michigan, who began performing music at the age of 16. Over the years, Robbie has honed his skill by participating in numerous music projects, and now, after all this time, he is finally going solo and ready to create significant impacts with his artistry. Robbie’s debut hit, “Who Shot Them Down,” was created in partnership with David Levene, a renowned session musician, and producer who was also a member of Laghonia.

Robbie Rapids appears to have it all, with a punk rock chord progression and alt-rock sound reminiscent of The Beatles, David Bowie, Stone Temple Pilots, and Tom Petty. His strong beat does little to stray from the song’s nice, straightforward sound. The clever guitar rises and flourishes in the break spaces remind us of a simpler, yet more sophisticated period.

“Who Shot Them Down,” based on Tony Tiffin’s book Arc Road, depicts the terrible account of three police officers being shot dead with their firearms on April 17, 1964, in Gwinnett County, Georgia. Robbie Rapids composed the song while recording audio for the audiobook with the author in the studio.

The song’s rhythm part is mostly comprised of electric guitars, which propel the song at an increasing rate. We hear a quick acoustic guitar solo with some pretty nice phrasing. The drums in the music are skillfully done, underlining the appropriate vigor in the song’s numerous pieces. “Who Shot Them Down” is a moving homage as well as a strong piece of classic rock that will appeal to both old and new listeners of rock music.

Robbie Rapids’ debut release demonstrates to his audience his composition approach, which is both original and relevant. There’s no denying that he’s an excellent songwriter, thanks to the way his meticulously worded words convey emotions so vividly.

Listen to “Who Shot Them Down” by Robbie Rapids on Spotify and watch the video with the link provided and let us know what you think. Cheers!

Tags David Levene review Robbie Rapids Who Shot Them Down