The Hip-Hop mogul frequently uses social media to air his grievances against the network.

50 Cent has once again made threats against STARZ related to removing his content from the network. His latest frustrations have caused the Hip-Hop mogul to decide not to move forward with his upcoming series The Massacre on STARZ, which houses the series in his acclaimed Power universe.

“I decided I don’t want to move forward with The Massacre in STARZ production,” he shared on social media with an older photo of himself smiling while on the phone. “It’s a waste of time and money & it doesn’t fit the new Premium women’s mandate over there. It was a piece with snoops (Murder was the case) I’ll find a network better fit to tell my story Lionsgate.” 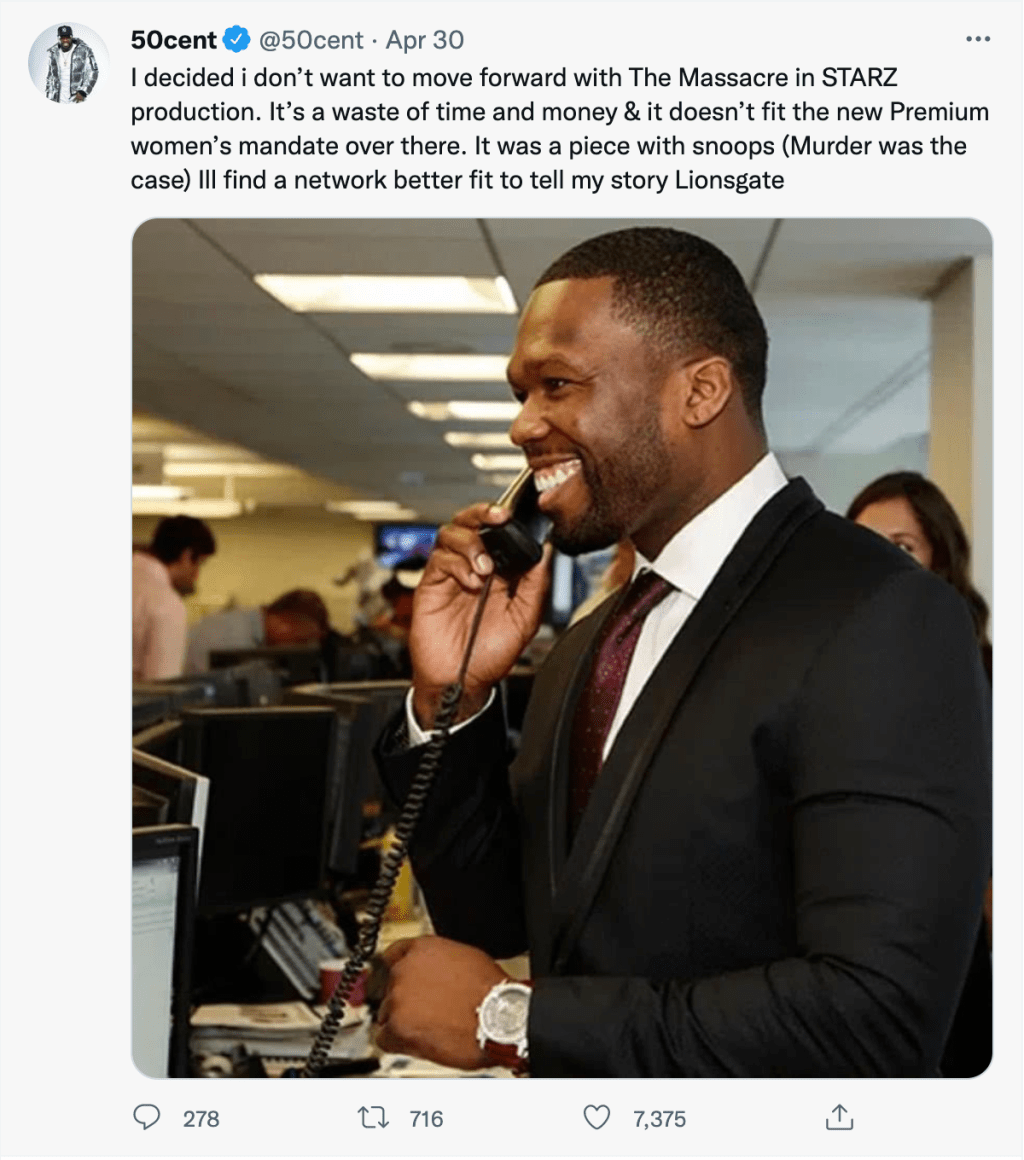 Last month, 50 Cent revealed on Twitter that STARZ had pulled Snoop Dogg’s Murder Was The Case, writing “I give them the alley-oop, they drop the da*m ball. Anyway, I hope snoop tells his story.” The show was set to be the second installment in the A Moment In Time anthology series, following The Massacre.

Moment in Time: The Massacre was announced in 2020 and was set to chronicle the beef between 50 and the Game, which resulted in Jimmy Henchman being in prison with a life sentence.

Previous Pusha T Gains His First No. 1 Album On Billboard 200 With ‘It’s Almost Dry
Next ‘Yo! MTV Raps’ Returns After 25 Years With New Reboot And Trailer