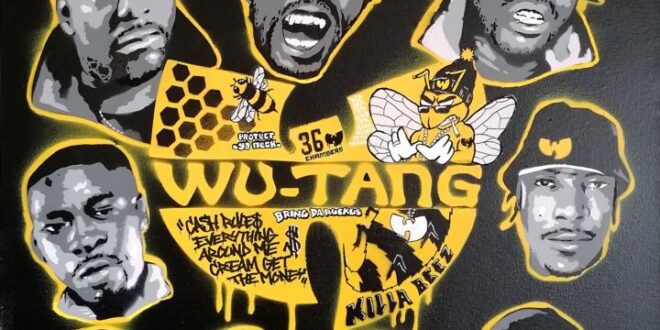 The Wu-Tang Clan will be introduced to a new generation of gamers and music fans alike as the Staten Island collective will be making a splash into Epic Games’ popular battle royale-based shooter, Fortnite.

While the game won’t feature any of the members of the iconic rap group, cosmetics based on the Wu Wear clothing that originally blessed the streets in the mid-’90s will be available for purchase using the game’s v-bucks.

Along with nods to the Wu Wear clothing line, fans of the Wu-Tang Clan will have a chance to purchase an outfit for either male or female characters, a weapon wrap, and an emote. According to the official Epic Games website, a glider is also available for purchase, which features a snippet of Method Man’s chorus from their famous 1993 hit “C.R.E.A.M” every time the player uses it in-game.

Speaking about the importance of the collaboration, RZA shared his excitement for “a new generation to experience the Wu and Hip-Hop in the Metaverse.”

“Fortnite has been in my household for years,” Wu-Tang Clan’s fearless leader said in a press statement. “It’s been a pleasure and joy watching the game evolve, while becoming the go-to pastime. This collaboration is a multigenerational ‘drip’ of swag and cool. If what you say is true, Fortnite and Wu-Tang could be Fortangerous…”

While Wu-Tang Clan’s inclusion into Fortnite’s Metaverse is the first for Hip-Hop’s Golden Era, this collaboration marks the second time Epic Games has worked with rappers on this level, as Travis Scott was the first. In his Fortnite debut, Scott received a unique skin, emotes, and even a virtual concert where he debuted a new song. His Astronomical concert reeled in 12.3 million Fortnite players and created a new streaming record.

While it’s unclear whether the Wu-Tang Clan will eventually get an in-game concert featuring all of the group’s members and unique skins, fans will be able to rock the finest garments in all of Shaolin during the battle in the meantime.