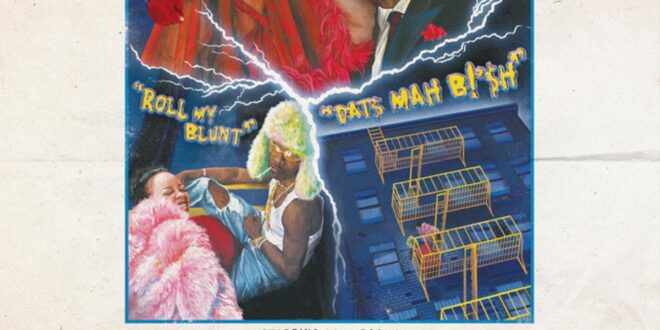 A$AP Rocky Professes His Love For Rihanna On “D.M.B”

A$AP Rocky has faced a slew of controversies over the past few weeks stemming from his recent arrest and allegations that he was unfaithful to Rihanna, who is pregnant with his child. However, the couple has continued to move past the rumors, leading to the release of Rocky’s latest single, “D.M.B.” The rapper’s latest song is an homage to the mother of his child but only Rocky can make a love song sound as trill as it does. The song explores the couple’s beginnings, admitting that he didn’t think it was any more than a fling until it developed to the point where they’re sharing clothes and she’s feeding his friends. In the second verse, he goes on to brag about Rihanna’s billion-dollar status.

The hazy production is reminiscent of his early catalog, namely Live.Love.A$AP and Long.Live.A$AP. Though he doesn’t necessarily pitch down his tone as he did when he paid homage to Houston, the Southern influence rings out on the hook. However, the latter half of the record finds Rocky exploring his vocal chops over even deeper experimental production containing a psychedelic twist.

The rapper also unveiled an official music video for the song starring Rihanna. The video consists of candid shots of the couple roaming through New York City, including a few scenes that were previously leaked by paparazzi.

Check out the latest from Rocky below.

Notable Lyrics
Just pick the number that you couldn’t count to
Like an attitude, curve a n***a when she didn’t have too
Around the lords like a British counsel
With all these sticks around you
We can build you a wooden castle