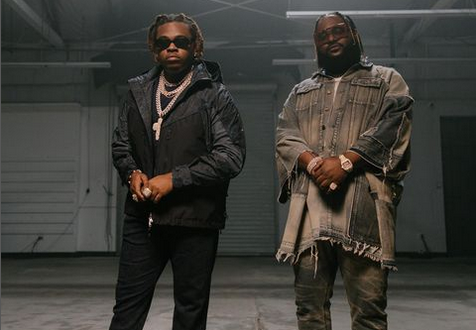 This collaboration arrives on Bas’s “[BUMP] Pick Me Up” EP.

Fans couldn’t wait to hear this one. Bas has been teasing his new track with Gunna and after fans received just a snippet of the single, they knew the fire was on the way. The Dreamville rapper emerged through the depths of New Music Friday with his four-track EP [BUMP] Pick Me Up to tie his supporters over until his album’s release. Today (April 15), Bas dropped off his Gunna-assisted “[Admire Her],” and in a few hours, the world will receive the visual.

Earlier this year, Bas shared on Instagram that he actually had two versions of his forthcoming album completed and posed a question to his followers.

“I have an 11 song version of my next album,” Bas wrote. “Very cohesive, minimal features. Vulnerable. An all time vibe. Then there’s a 17 song version. With the ‘hits’. Big features. But a break in cohesion. A sacrifice in direction. I feel the latter may be better for my career, but the former is a truer showcase of my artistry. Everyday I’m torn between the two. Thoughts?”

We’ll have to wait and see what he decided, but in the meantime, stream “[Admire Her]” and share your thoughts.

Tags admire her baps ep Gunna pick me up