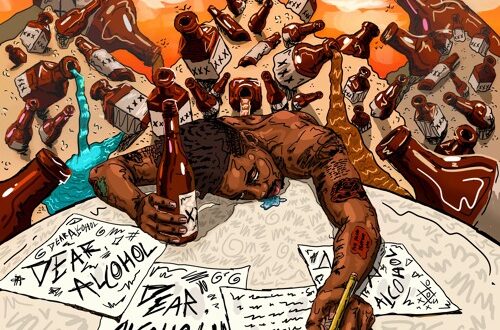 Dax Shows Transparency on His Struggle With Alcohol And How To Conquer Addiction.

Born Daniel Nwosu Jnr, Dax is a Nigerian Canadian artist, songwriter, and poet and is currently in Wichita in the United States. Coming into the mainstream with songs like ‘Dear God’ some years back, Dax has again returned to the music scene with another touching and influential music he calls ‘Dear Alcohol’. The song was recorded in Montana and released in March this year and has already garnered over 11 million video streams on YouTube with this smash single and over 9 million audio streams on Spotify and a million plays on SoundCloud respectively. Not alone, the single trended at number 25 in the U.S., number 15 in South Africa, and was at number 45 on the global country charts via iTunes.

This rapid growth of the song did not seem to surprise fans of Dax all across the world as the song is themed on a touching story with a powerful meaning because the song was a letter he wrote for himself and whoever can relate to alcohol addiction. Launching the music video with a message that read, “Dear Alcohol, I don’t think you’re as bad as what they say. Everything else in this world is temporary so why does it even matter if I drink you anyway”. The artist makes it known he takes alcohol but purposefully. Releasing the single and accompanied by a music video, Dax grieves on brawls he has encountered with life whiles he is drowning himself in a pool of water filled with bottles of empty liquors profusely. Dax Believes he takes alcohol because it helps him become someone he can not be when he is sober and thus alcohol helps him become better than he does since he can’t keep his thoughts all to himself and that is the reason for getting wasted.

As the slower tempo plays, the song’s reflective emotional nature serves as a healing anthem to those addicted and the wrongdoing people deal with in their daily lives. Dax realizes there is a problem with alcohol and talks about getting free from it. Dax faces his demon, ‘alcoholism’, and interprets the dangers associated with alcohol. He understands alcohol makes him do better in life but there must be a way to quit drinking since the role he is playing in life could be an exemplary one to the children around him. But also he finds it difficult battling alcoholism who he now sees as his ‘demon’ because it gives him the confidence to deal with troubles that get to him.

At this point, the artist feels he needs someone with such trauma or a relatable person to guide him through these challenging times since he’s lost track, and what he had complete trust in seems to have failed him, and promises to stay off it.

Knowing well now that alcohol is toxic, he ended the music video with a message that goes contrary to the message he shared in the beginning. The message read, “Dear alcohol, I found out you were even worse than what they said. Sometimes I try to remember the good times but you actually made me forget most of those memories instead”.

Dax’s passion to bring good music that will make him relevant and dominate in music is what makes him pen down meaningful lyrics and turn them into melodies. Listen to this inspiring tune and share your comments with us.

Previous Kehlani & Blxst’s Sing Beautifully On New R&B Song, “any given sunday”
Next Lil Gnar & Tory Lanez Teams Up On “No Switches”