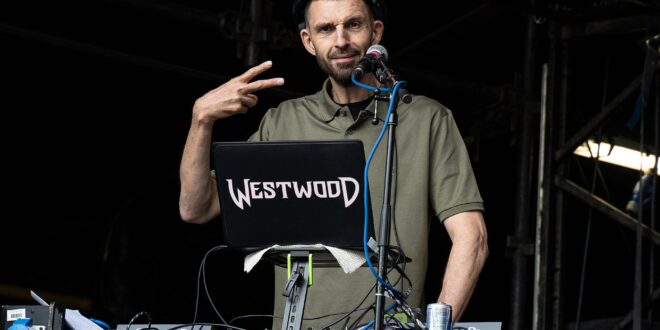 Tim Westwood denied all allegations made against him.

Tim Westwood is at the center of new sexual misconduct allegations explored in BBC Three’s documentary Tim Westwood: Abuse Of Power. Seven Black women have emerged with allegations that the former Radio 1 DJ used his power in the music industry to make unwanted sexual advances toward them.

Three of the women claim Westwood used his position to excuse predatory sexual behavior while four others claimed that he inappropriately touched them at events. Some of the allegations took place as early as 1992 while others were as recent as 2017. The women claimed that they never went public with their allegations because they were not only young at the time but were afraid that racial discrimination would lead to their claims being disregarded and minimized.

The new allegations surfaced against the legendary DJ after he was anonymously accused of sexual misconduct in 2020, which at the time, he denied. A rep also issued a statement to The Guardian also claiming that the accusations were false. Some of the women said that the 2020 allegations encouraged them to step forward with their stories. “Any suggestion that he acts, or has acted, in the way described would be false and seriously defamatory,” resp for Westwood said.

Three of the women, aged 17, 19, and 20 at the time of the incidents, said they were either involved in the music industry or were trying to get involved. Each of these women’s stories commonly featured claims that Westwood picked them up and drove them at a flat that appeared to be his. Each of them also claimed that he made blatant advances in an attempt to initiate sex, even though they were under the impression they were meeting him to discuss potential business opportunities.

A woman who used the name Isabel in the documentary said that Westwood exposed himself after she got into his car. “I didn’t actually see him undo his trousers. What alerted me to the fact that he was exposing himself was the fact that he actually tapped me to turn around to look. I’ve looked and I’ve seen and I’m like, ‘Oh, no, oh no, like, oh my God’,” she says.

Four other girls said they met the DJ during his appearances at nightclubs throughout the UK. Each of these women said that they got pictures with Westwood after he finished performing and BBC reviewed the photos. The women claimed that he groped them and made vulgar comments toward them. One of the women claimed that he put his hands down her shorts after yelling, “lemme grab some ass.” Another said that he put his hand in her shirt when she asked for a picture.