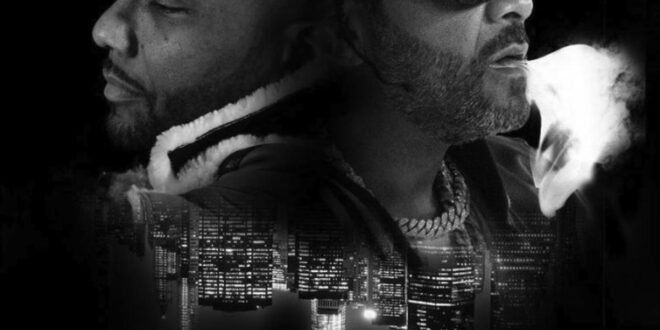 The Lobby Boyz dropped another single ahead of their self-titled album.

Jim Jones and Maino announced they would be teaming up to form the Lobby Boyz a while back, and, so far, it looks like the collaboration has been fruitful. Jones and Maino dropped their first single as the duo back in February, fittingly titled “Lobby Boyz Anthem.” Last week they announced the release date for their self-titled debut, and also showed off its cover art, which shows the two looming over the New York City skyline. Their announcement also hinted at a Fivio Foreign collab, which got fans extremely eager to hear what they’d be releasing next.That collab has now arrived on the triumphant “Slide.” The song is a classic East Coast-style banger, with anthemic horns and a slight Brooklyn drill flavor in the bass. The duo’s lyrics fit the massive production, all braggadocious chest thumping filled to the brim with confidence. Fivio Foreign is a perfect match for the Lobby Boyz, delivering a breathless and intimidating verse. If this is any indication of what’s to come, the Lobby Boyz album is not one you’re going to want to miss.

Check out the song below, and let us know what you think of it in the comments.