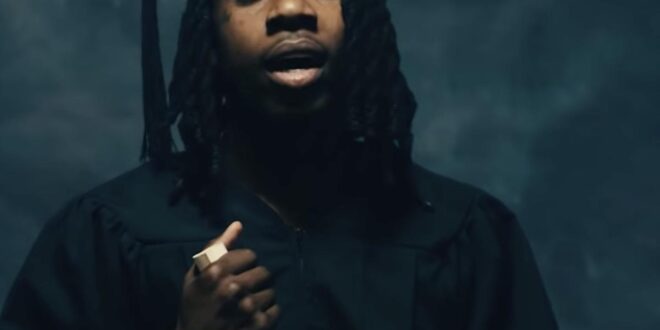 He calls the visual “a real movie” and he looks to have pulled inspiration from his real-life events.

These days, we’re used to receiving new music from artists faster than we can keep up with, but we haven’t heard much from Polo G since he released the deluxe version of Hall Of Fame back in December. His hit album was first shared around this time last year, and his fans have been waiting on more from the Chicago rapper. He recently returned to announce the release of his single “Distraction,” and on Friday (June 3), he delivered the track along with a visual.

“1st Single-Back Inna min This just me warning up I’m bout to Really Take ova,” he wrote on Instagram. He called this single “a real movie” and acknowledged those that have attempted to “discredit” his “talent”—lyrics from his new song. From the looks of things, Polo is mapping out something big this year, so make sure to stay locked in as we keep you updated on what’s to come.

Stream “Distraction” and drop your thoughts about Polo G’s music video that pulls inspiration from his real life.

We let them cannons spark, play with us, get punished, uh
We really had it hard, now blessings abundant
Can tell I hit the top, now they can’t wait to see me plummet
Like for every win, another L come punch me in my stomach

Previous Lakeyah & Latto Boss Up On “Mind Yo Business”
Next Gucci Mane Gets Wife Keyshia Ka’oir To Star In Visual To “Mrs. Davis”