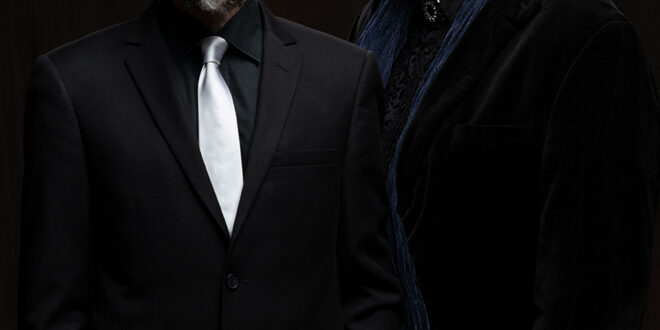 Review Of Crash World’s “Lucky One”

Crash World is a two-piece Acoustic-Rock band from Vancouver that has been defined as a love letter to the past and an ode to the future. The talented and harmonious duo Glen MacLeod and Graham MacDonald are inspired by stripping their music to its most vulnerable state as both artists have been primarily immersed in bands with massive repertoires that cross diverse genres with their distinctive sounds that fuse the poetic whimsy of the ’60s and the alluring boldness of the ’70s with a refreshing contemporary flair. Their new single “Lucky One” which has already received over 27,500 listens was published on March 11th of this year ahead of the “So The Story Goes” album.

“Lucky One” is a funky and hefty track that appears to push the Acoustic Rock style of music to new heights. The guitar and drumming are crucial in creating the rhythm of the track and allowing the vocals to blend so flawlessly into the arrangement. Also, the ballad is a slow jam with literary aspects present not just in the verbal context but also in the musical arrangement, which is everything but popular.

The blend of 60s and 70s music with current elements in “Lucky One” will undoubtedly transport the listener backward, dreaming about the good old days. The track features powerful compositional features that elevate it to an incredible degree and as a result, the band can able to rule the internet. The song exudes a carefree summer feel. The electric guitar riffs are inventive and captivating, and the way the music envelops the singing is breathtaking while the words instill strong calming sensations in the audience’s psyche with the catchy hooks and chorus.

Listen to “Lucky One” by Crash World on Spotify and watch the video with the link provided and let us know what you think. Cheers!

You grew up a loner, you were a ward of the state
Bounced around this old world, arriving too late
When all of your charm has gone, and beauty fades away
How will they remember you?
And what, what will they say?
They’ll say there goes the lucky one, you had everything
You lost it all, when you took the fall
Now who’s the lucky one?
You were always untouchable
That’s why it seems so hard to believe