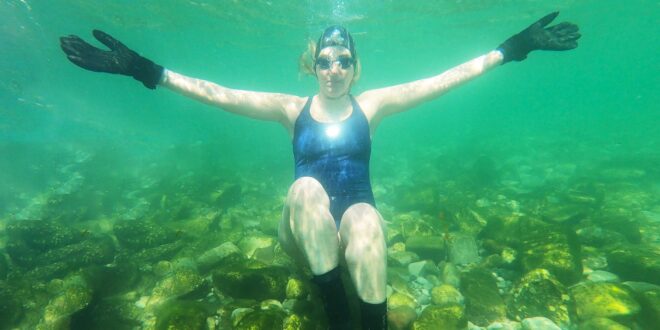 Monique Barry is a Canadian artist located in Toronto, Ontario. She is now working on her fifth studio album, named “HAAK,” which she will release single by single in the sequence in which the tracks will appear on the final record. Monique’s approach combines every day with the extraordinary, resulting in musical dreamscapes brimming with inventions, eccentricities, melancholy remnants, and the numerous pauses and starts of the path. And “Time,” the album’s eighth single, is no exception.

“Time,” as Monique describes it, is a gently ambient examination of loss and connection. The song was written in reaction to the dangers of learning to cope with COVID. It is an organized wall of sound depicting the pandemic’s cycle of ideas and feelings. Monique began the song with the breaths and the heartbeat since those two aspects were the foundation of the song. This is because they were the two factors that were so prevalent when people were feeling overwhelmed by the epidemic.

“Time,” which is accompanied by a music video, is as measured and clean as the underwater life in a chilly lake. Her ties to the water are strong, and they have become stronger in the face of the epidemic stage. It’s an entirely personal experience, open and vulnerable, yet incredibly comfortable and unapologetically honest. It has a mysterious air to it, with cold lines of fog covering the boundaries, drawing attention to the artist’s voice and allowing you to fall in and submerge yourself in the tingly relaxing environment.

The excitement of the production is further heightened by the heavy usage of the groove, which makes the song sound fantastic and tight. In truth, the development is fairly interesting, and the piano’s melodic tone adds greatly to the desired ambiance of the piece. “Time” will attract listeners with its strong and captivating voice and comprehensive taste.

Listen to “Time” by Monique Barry on Spotify and watch the video with the above link and let us know what you think. Cheers!