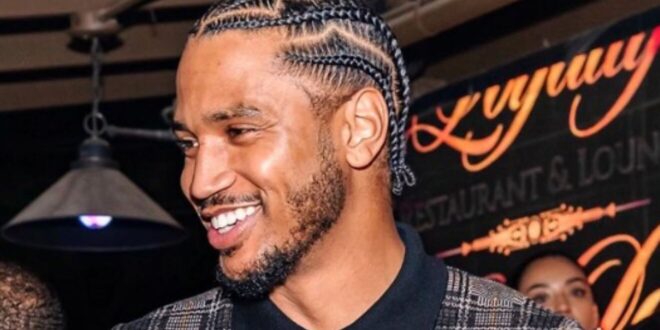 This is the fourth woman to come forward. Others speculate there may be many more who haven’t.

Another sexual assault case involving Trey Songz,born Tremaine Neverson has been brought to light. A fourth woman, Megan Johnson, has come forward claiming that the disgraced R&B singer approached her at a party in August 2013 and exposed her breast.

In court documents obtained by TMZ, it states that Neverson “sexually assaulted and battered Ms. Johnson with a reckless disregard for her safety.” The two were at a party held at the Foxwoods Resort Casino in Mashantucket, CT.

The document also states that Johnson was having a friend take a photo of her, but as that was happening, Neverson approached her from behind and exposed her bare breast from her bikini top. “Ms. Johnson immediately pulled her top back on preparing herself for another assault. With intended premeditation, [Neverson] further terrorized and humiliated Ms. Johnson with [the] degrading chant, ‘Titties in the Open.’”

She is being represented by Ariel Mitchell and George Vrabeck, who are also representing Dylan Gonzalez, Jauhara Jeffries, and another woman who has chosen to remain anonymous—all of whom have made separate sexual assault allegations against Neverson.

In Johnson’s case, she’s requesting $5 million to settle out of court and Neverson has until May 5 to respond.

Recently, Neverson was called out by prominent male figures in the music and entertainment industry. Below, podcast host Rory Farrell claims to know nearly 20 more women who all have experiences similar to that of the aforementioned accusers. Farrell also considered the singer to be “the scum of the f**king Earth” and believes if there were to be a docuseries on Trey Songz in the same vein as Surviving R. Kelly, it’d be worse.

Rory formerly of the Joe Budden Podcast says the Trey Songz documentary will be crazier than the R. Kelly one. Says he know 15-20 other women with the same sexual assault accusation experiences. pic.twitter.com/IuBSR2uAJs

Previous The Ted Albert trophy is the latest in a long list for industry awards for the group. In 2005, the group became the first entertainers to win the Australian government’s exporter of the year award. And in 2011, the year of their 20th anniversary, the band were inducted into the ARIA Hall of Fame. To date, they’ve recorded 54 studio albums and collected 13 ARIA Awards for best children’s album, the most for a single category. Past recipients of the Ted Albert Award have included the late Michael Gudinski, Michael Chugg, Fifa Riccobono, Cold Chisel, Midnight Oil and Archie Roach. The annual honor is decided by the APRA board of writer and publisher directors. Heading into the 2022 edition of the APRAs, The Kid LAROI has the head start with four nominations, followed by Vance Joy with three
Next Pooh Shiesty Sentenced To 5 Years In Prison For 2020 Shooting