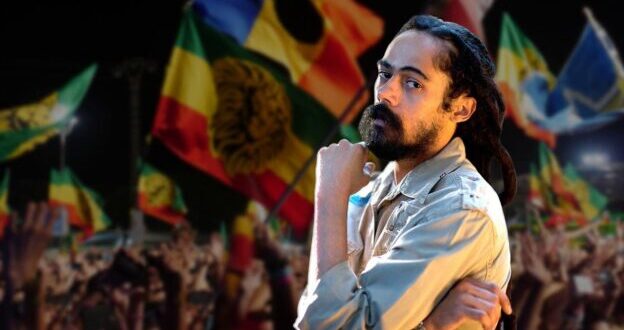 The Ted Albert trophy is the latest in a long list for industry awards for the group. In 2005, the group became the first entertainers to win the Australian government’s exporter of the year award. And in 2011, the year of their 20th anniversary, the band were inducted into the ARIA Hall of Fame. To date, they’ve recorded 54 studio albums and collected 13 ARIA Awards for best children’s album, the most for a single category. Past recipients of the Ted Albert Award have included the late Michael Gudinski, Michael Chugg, Fifa Riccobono, Cold Chisel, Midnight Oil and Archie Roach. The annual honor is decided by the APRA board of writer and publisher directors. Heading into the 2022 edition of the APRAs, The Kid LAROI has the head start with four nominations, followed by Vance Joy with three

“This cruise is more than a festival, to be honest. It’s not just a good time,” says Marley.

“All in the same boat, rockin’ on the same rock,” Bob Marley sang on the Wailers’ 1971 classic “Don’t Rock My Boat.” Produced by the late great Lee “Scratch” Perry, the song is a plea for unity in keeping with the time-honored values of reggae music. “Got to get together,” Marley sang, “loving each other.” Some forty years after its release, “Don’t Rock My Boat” became a sort of unofficial theme song for the Welcome To Jamrock Reggae Cruise, a yearly musical excursion created by Bob’s youngest son Damian “Jr. Gong” Marley and his longtime manager Dan Dalton. Of course, the official cruise anthem would be Jr. Gong’s Grammy-winning smash hit, “Welcome to Jamrock.”

“How blessed we are to have the opportunity to be doing this,” Jr. Gong said back in 2014 when the first Jamrock cruise set off from Miami to Jamaica, with an all-star lineup of the greatest Jamaican reggae and dancehall stars on board, as well as many of the world’s top reggae sound systems. “All of us who are on the cruise are part of a historic moment,” Jr. Gong predicted. “Both for ourselves and on behalf of the genre of reggae music.” Or as the world-famous recording artist and selector Shinehead put it that first year, “I only fantasized about sh*t like this. It’s like Rub-A-Dub Disneyland!”

Over the next six years, the Jamrock Cruise emerged as one of reggae’s premier annual events, hosting historic performances year after year and selling out so quickly that the organizers expanded to a larger vessel. As the sixth cruise wrapped up in 2019 with powerful performances by the likes of Koffee, Popcaan, Buju Banton, and Skip Marley, the Jamrock team was looking forward to smooth sailing ahead. But then as the new decade began, the whole world changed.

A worldwide viral outbreak shut down the cruise industry and many other aspects of life as we once knew it. Since then, two Jamrock Cruises had to be postponed, and cruisers were invited to refund their deposit. “But many of our loyal supporters have held on to their reservations,” says Dalton. “I think people have been yearning for Jamrock more than ever. The community vibe on the ship has always been love and unity and diversity, celebrated under the umbrella of reggae music and Jamaican culture. This cruise is more than a festival, to be honest. It’s not just a good time. Jamrock is more like a food for the soul kinda thing. Jamrock brings people together. That’s what reggae music always did.”

This week Boomshots announced the official lineup for the seventh Welcome to Jamrock Reggae Cruise, which includes two legendary first-time performers: Burning Spear and Shabba Ranks. Both artists are two-time Grammy winners who represent the ultimate expression of their respective styles: heavy roots reggae and hardcore dancehall. Spear, who has not performed live for many years, is known for anthems of empowerment like “Marcus Garvey” and “Slavery Days” while Shabba of course took dancehall to the pop charts with energetic bangers like “Ting A Ling” and “Mr. Lover Man.” 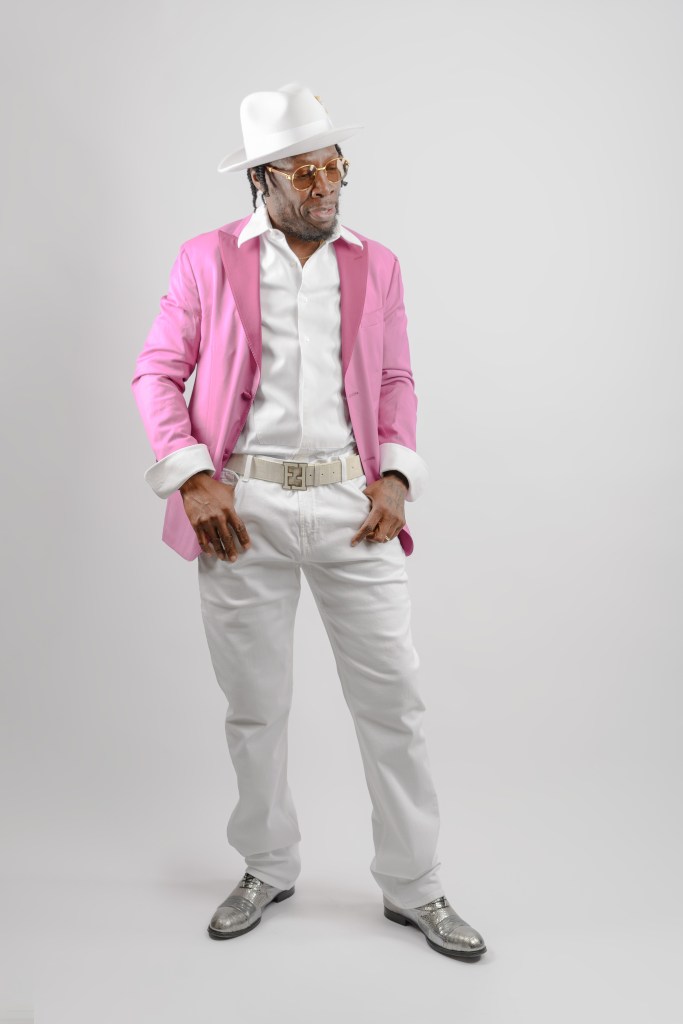 For Jr. Gong, the return of the Jamrock Cruise could not be more timely. “It comes at a time when we need examples for the culture,” he says. “Especially for the authentic part of the culture. We need some things to help prop it up. We need to have platforms like this.”

Both Spear and Shabba hold a special significance to Marley for different reasons. “First and foremost, from just the standpoint of being a great fan of this music, it’s a joy to know that we’re going to be able to experience Burning Spear live,” says Jr. Gong. “I haven’t really had the opportunity to watch him perform as an adult.” As a child, Damian remembers attending festivals like Reggae Sunsplash where Spear would be part of the lineup, but he came to appreciate his deep cultural messages later in life. “As a likkle bwoy,” he says, “I was paying more attention to dancehall.”

In his youthful days as an up-and-coming artist, Damian Marley was managed by Specs-Shang, the same team that represented Shabba Ranks and Bounty Killer. Spending time on the road with two rising icons of dancehall made a deep impression on Jr. Gong as he developed his own unique sound and style. “Shabba jokingly added that he knew Jr. Gong was more than a fan. “Most certainly, I knew he was more than a fan,” Shabba recalls with a laugh. “He was an air condition!”

On a more serious note, Shabba says that “the young Jr. Gong was very curious, with a keen sense of willingness to listen when I was talking to him about music. I told him, in order to be great in music, him haffi go to school. He had a sponge attitude where I could see he was soaking up the information that I was giving to him about dis music yah. And a dat mek him so great.”

For his part, Marley feels a sense of satisfaction welcoming Shabba to Jamrock for the first time. “For one of my heroes to come and experience something that I was a part of building is a great feeling. This man has influenced me and here he is now performing on a stage that I’ve helped to build. I feel that with all the artists, really, but Shabba Ranks kinda special to me.” Shabba says the Jamrock Cruise passengers should come prepared for “straight shabbaology. Ranks di Emperor will be there to shake the ship. With the authentic vibes of the real one.” 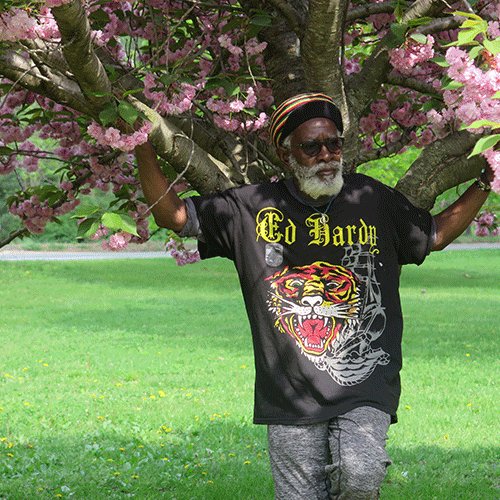 Damian Marley will also be performing on this year’s Jamrock Cruise, which sets forth from Miami, Fla. to Jamaica’s Montego Bay and Ochos Rios from December 7 to 12, with a lineup that includes a host of massive artists including his big brother Stephen “Ragga” Marley, Bounty Killer, Sizzla, Tarrus Riley, Cocoa Tea, Maxi Priest, and Etana. “It’s not just about having big records,” says Jr. Gong about what makes an artist right for the Jamrock Cruise. “It’s about being a great performer. That is something I feel is great for younger upcoming acts to strive for. To grow and evolve to where you could be on that kind of a platform. It’s good inspiration.

Few artists can provide greater inspiration than Burning Spear, who announced his retirement in 2016 but has remained active in the recording studio and by giving back to the people of Jamaica. Spear now says he will be doing “a few shows here and there” this year culminating with the Jamrock Cruise, although he emphasizes that it is not a tour. Spear also says that he has a new album in the works titled No Destroyer. “Mommy,” a single from the new project, was released late last year.

“The vibes came on, and I think the time is right to do it,” says Spear, who still sounds fresh and youthful although he is well into his 70s. “The energy just came to me. It’s not like I’m gonna be on a tour bus driving from one state to another state, country to country. But there’s a lot of fans who were there to support I-man over the years. So I think it’s going be nice. A lot of people who never see me for a long time now, they will get to see me again. So I decided to do Jamrock. We’re just gonna rock it. Jam it and rock it.”

Apart from being a fan of Spear’s music, Jr. Gong sees the performance as part of “an overall salute to the elders.” The importance is underscored by the fact that so many legendary artists have passed away over the past two years—including reggae pioneer Toots Hibbert, bass master Robbie Shakespeare, and Tabby Diamonds and Bunny Simpson of the Mighty Diamonds, all of whom have performed on previous Jamrock cruises. “We’ve lost so many of our legends,” says Jr. Gong. “We haffi really make sure we salute the man who is still here with us. Make use of the time and as the saying goes nowadays, give them their flowers while they’re still here to smell them.

Burning Spear—whose name was inspired by the great Kenyan leader Jomo Kenyatta—will be performing for the first time on any cruise ship, bringing his musical fire to the water of the Caribbean sea. The fact that this particular cruise was launched by Bob Marley’s son gives the event special significance for him.

Spear and Marley were born the same year, just a month apart, and grew up in the same Jamaican parish of St. Ann. “That is where it get started for me,” Spear says. “Bob is the one who told I-man about Studio One.” Founded by the late great Clement “Coxsone” Dodd, Studio One was Jamaica’s first Black-owned recording facility, which nurtured the careers of an entire galaxy of future stars. “I told Bob that I would like to express myself musically, where can I go? And he recommend Studio One in 1969. That was where I recorded my first song, ‘Door Peep.’ And since that time, the Spear just continue to burn.”