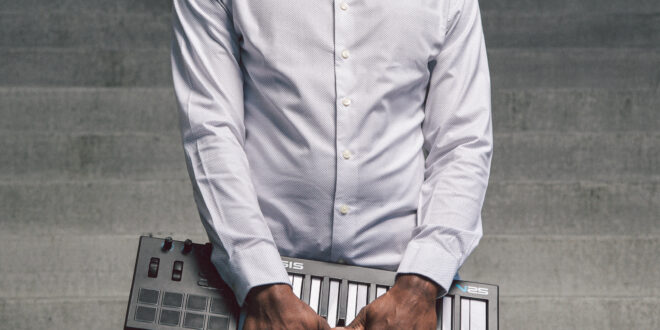 We Review ‘WIN’, The Unfailing Single By Samtrackz

Dream Chasing is amazing but can be exhausting, Samtrackz Tells It All In ‘Win’

Emerging as a solo artist and coming out with a street anthem, Samtrackz hails from Atlanta in the United States but originally from Oakland, California. Triumphantly introducing himself to music, ‘Win’ by Samtrackz symbolizes an upliftment in his artistic journey. ‘Win’ by Samtrackz got released on 30th March this year and is a Silky-produced hip-hop track. Sam’s effort to put up good works has earned him 217 monthly listeners on Spotify and has so far released five tracks on the platform.

Producing the beat with catchy hooks and slapping snares and as the instrumentation is patterned on several layers of keyboard and piano, ‘Win’ signals the potential to catch a listener’s attention from scratch to the end.

Positively motivating and influencing his listeners, Samtrackz sends words of encouragement to the listener and that is precisely what the song is themed on. Atlanta’s music star Samtrackz, singing about ‘Win’ telling the listener not to give up on their dreams but rather heads should be held up high because does not come in just a single try but comes with consistency and efforts we put in. Samtrackz also urges his listeners to keep on aiming for their goal and should not let the obstacles they face destroy them because though dream chasing is amazing, it is very exhausting and that could cause emotional struggle.

Preaching about ‘Win’ to his listeners, the lyrics of this song both speak to and appreciates the pain of life’s struggle. Also, the song motivates the listener to progress through any stumbling block and not to feel down when they lose in life because victory still awaits them. This makes the song both comforting and cheerfully encouraging.

In that part of the song where Samtrackz rapped, his point of view on success is restoring and that made him pen down these lyrics that are relatable to almost everyone. In the rap, he said “See I’m just trying to win I’m tired of taking L’s, they say if you wanna win then first you gotta fail. Based on that logic I should be out in the tropic, clear water bad chicks with bands of money in my pocket. That’s far from my reality”.

Since storytelling is hip hop’s core element, Samtrackz’s goal of creating an anthem that encourages us to continue to pursue our dreams no matter what becomes an accomplishment because it has revived what the genre is about in ‘Win’.

As well as his unlimited zeal which comes across in ‘Win’, Samtrackz composed his song with competence and a brilliant understanding of song structure. For the most part, ‘Win’ is a very auspicious piece of music and needs to be heard by all. Listen to ‘Win’ by Samtrackz as well as other releases from him and share your comments with us.

Previous Future & Drake Are Knights In Shining Armor In The Visual For “Wait For U”
Next VGMA23: VODAFONE GHANA MUSIC AWARDS 2022 FULL LIST OF WINNERS