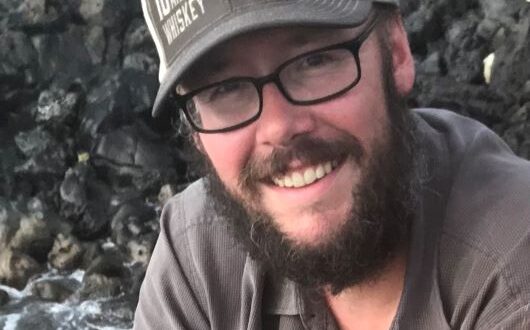 Alpha Mare is an indie folk/pop band from New York, USA, comprised of the surprising songwriting and acrobatic vocals of Izé Yeng Goodfriend, teamed with the rich, driving multi-instrumentation of Andrew Fowler. Alpha Mare has done a lot in their early career as emerging stars in the music industry and has published their debut album, “The Colt of the Virgin.” As part of their repertoire, the band released a run of a fantastic single off their named “Wilderness Begins” on June 13th of this year.

Yeng Goodfriend sings with a wonderful voice and a distinct manner “Wilderness Begins” which distinguishes him from other singers in his genre in this work, while Andrew Fowler masterfully performs his accompaniment. The team wrote the song with passion, and Yeng Goodfriend’s sensuous and alluring vocals are likely to enchant listeners. He has the genuine ability for directing the music and retaining the listener’s concentration entirely fixated on the piece.

“Wilderness Begins” is ubiquitous and suitable because of its captivating quality, but also because it is fairly emotional and soulful, with Yeng Goodfriend’s vocals being endearing and rendering the song to be more delightful. Despite being soft and acoustic with folk undertones, the song unfolds slowly and has a lively mood and this atmosphere makes the music more adaptable to many emotions.

Because of the acoustic properties of the song, the overall impression is light and smooth, making the listening experience fairly restful and enjoyable. The songwriting structure is carefully created and holds the listener’s attention till the finish.

Listen to “Wilderness Begins” by Alpha Mare on Spotify and let us know what you think. Cheers!