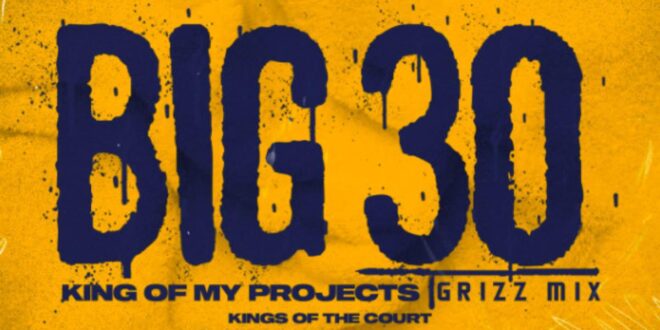 Big30 Celebrates Grizzlies Success With “King Of The Projects (GrizzMix)”

Big30 remixes “King Of The Projects” for the Memphis Grizzlies.

The series is tied between Minnesota Timberwolves and Memphis Grizzlies in the NBA playoffs. Game 3 is set to take place tonight and it seems like Big30 came through with some new heat to boost the team’s morale. This week, the rapper unveiled the remix to “King Of The Projects,” which originally appeared on King Of Killbranch. However, the rapper flipped the record for the official “GrizzMix” where he shouts out the Grizzlies and a few of their star players.

The rapper is keeping the ball rolling, despite facing some setbacks. Earlier this year, the rapper revealed that he was turning himself in to authorities, though there’s little information surrounding his legal issues.

Check out the latest release from Big30 and sound off with your thoughts in the comments.