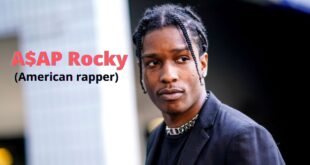 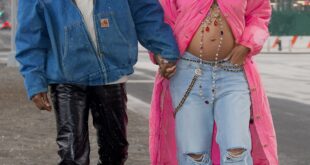 Rihanna Opens Up About Her Biggest Pregnancy Craving That Ties Into Her Barbadian Upbringing!

Coi Leray takes advantage of her moment on “Trendsetter,” but the album’s title is a major misnomer.

For better or for worse, the rollout of Coi Leray’s debut album has been an experience. Following the runaway success of her 2021 single “No More Parties” and its subsequent Lil Durk-assisted remix, Coi Leray continued to elbow her way into the spotlight with follow-up singles like “Big Purr (Prrdd)” with Pooh Shiesty, “TWINNEM,” and most recently, “BLICK BLICK” with Nicki Minaj, and along the way, the New Jersey-bred artist and the value of her artistry were debated on a regular basis. To many fans’ surprise and many critics’ chagrin, Coi managed to effectively prove she deserved her designation as a 2021 XXL Freshman, and on April 8, 2022, the polarizing female rapper aimed to punctuate the end of her unlikely breakout run with the release of her full-length debut.

Overzealously titled Trendsetter, Coi Leray’s introductory record contains 20 tracks, and in addition to the aforementioned singles, the album is loaded with guest features from artists such as Yung Bleu, Fivio Foreign, Young M.A., G. Herbo, NAV, Polo G, Lil Tecca, and A Boogie Wit Da Hoodie. Trendsetter’s production is largely handled by Bankroll Got It, Diego Ave, Dr. Luke, Tash, and Kid Hazel, with a few welcomed contributions from Chief Keef, Mustard, and Maaly Raw. With all that said, Trendsetter sounds like how its credits look, and that has both positive and negative implications.

For one, Coi Leray’s debut is all over the place, but that’s actually one of its most redeeming qualities. Thanks to its producers and featured artists, Coi Leray’s album is filled with entertaining performances from some of the most well-known rappers in the music industry. Save for the criminally unnecessary Yung Bleu-assisted track “Aye Yai Yai,” all of the new collaborations are pretty impressive and strong enough to rein in the attention of listeners who may not yet be sold on Coi Leray. In fact, it is remarkable that nearly none of the guest artists miss on their features, especially considering the deep and varied list of contributors that range from Nav to H.E.R. Highlights like the Lil Tecca and Chief Keef-assisted “Mission Impossible” and the wavy Fivio Foreign and Young M.A. collab “Mountains,” for example, demonstrate that Coi Leray really does have a penchant for making punchy, infectious tunes, and the wealth of sonically diverse collaborations on Trendsetter suggests that she may actually be at her best when curating these fun and quirky team-ups.

Even when Coi sidesteps the shadows of her high-profile contributors to deliver a respectable amount of solo cuts, Trendsetter remains an album that’s hard to truly despise. From its vast array of sounds to its cast of supporting contributors, Trendsetter is so deeply embedded in contemporary Hip-Hop that listeners much decide whether they hate Coi Leray or the current state of rap. Disliking this album while championing her contemporaries’ projects is extremely contradictory. As evidenced by tracks as polarizing as “Box & Papers” and “Anxiety,” the artist has a firm grasp on the genre-fluid Hip-Hop sonics that often dominate the charts, and as a result, Trendsetter is exceptionally easy on the ears.

Unfortunately, the same reasons why it works as a decent body of work are the same reasons why it doesn’t live up to the hype that Coi Leray has built up over the past 15 months. In addition to making little to no progress in solidifying Coi’s musical identity, Trendsetter also doesn’t make the effort to introduce or set any trends. The 20-track album is far too comfortable with wading through already established soundscapes. When listening to this record, fans of mainstream rap will likely not hear anything — be it a cadence, a fusion of genres, etc. —that sounds remotely new or refreshing. To be fair, Coi Leray’s contemporaries are often guilty of the same lack of originality, but her decision to give herself and her seminal work the “trendsetter” stamp practically welcomes increased criticism.

Perhaps we’ll all be able to look back at Trendsetter in five to 10 years and realize that it was indeed one of the most influential albums of the early 2020s, but as of right now, that seems like a reach.Coi Leray’s debut album is more concerned with cashing in on what’s hot now than paving a new way forward, and while that makes for a satisfactory 50-minute listening experience with its fair share of surprises, it doesn’t justify why an album named Trendsetter is so homogenous with the prevailing — and arguably stale — sound in Hip-Hop.

Previous Lil Durk Brings Out Perkio During “7220” Tour Stop In Miami
Next T-Pain Calls Out Dallas For Low Ticket Sales: “Y’all Don’t F*ck With Me?!”