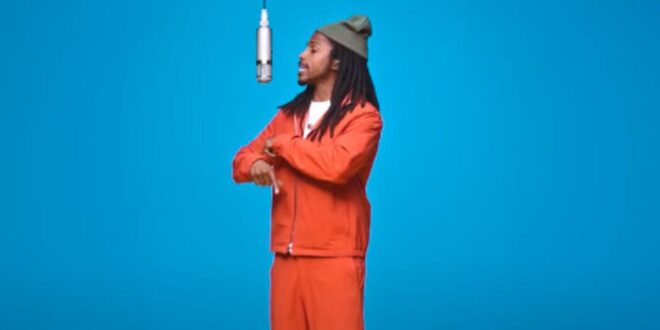 D Smoke is back with a smooth new cut for NBA 2K22.

D Smoke plays his own hype man in this smooth, typically laid-back single from the Inglewood native. It’s been a long minute since we heard from the artist, with his last drop being his album in 2021 – War & Wonders. The album featured his brother SiR, as well as fellow West Coast staples like West Side Boogie, Dem Jointz, and Ty Dolla $ign.

While we don’t yet have word on the famous Rhythm & Flow contestant’s next project, he’s taken to A Colors Show platform to debut a new record for fans that will appear on the NBA 2K22 update. The song is titled “Glide,” appropriately enough, as D Smoke effortlessly skates through the subtle production while affirming, “I look sexy when I’m walking through this bitch, I look sexy when I’m moving through your city.”

A Colors Show is slated to debut more records for the NBA 2K22 rollout, recently announcing songs from Smino, ENNY, and more to come.

Nonetheless, it’s safe to say we could all use some more D Smoke music, so hopefully, this is just a taste of what’s to come from the rapper this year. Check it out below and let us know what you think.

What do you got when you got nothing?
What are you ’bout when none of your house believe you amount to something?
What do you shout when shutters your mouth, and words ain’t allowed to function?
What do you count when dollar amounts and property bound and all of your hounds
Are hollering time to get up, get it, get it
When is it ever enough?
Money don’t amount to happiness