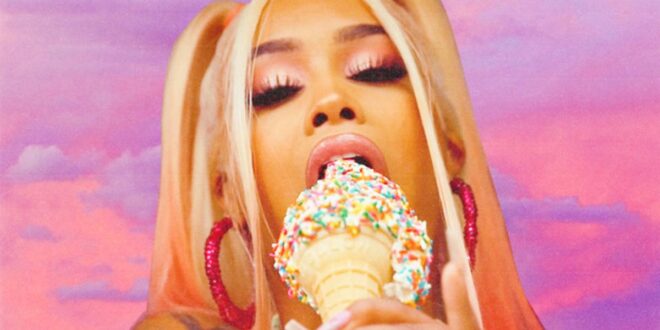 Incorporating both the melody and beat from the 90s throwback hit, Dream and French Montana took turns spitting some erotic and vulgar bars. In her verse, the 30-year-old rapper mentions several ice cream flavors and additives in a seductive way. She says, “You know vanilla always hit the spot. Keep it a G, it ain’t easy tryna get me hot. Red bundles like a cherry sitting on the top.” She went on to talk sensuously about other ice cream related things like relating Puerto Ricans to the butter pecan flavor, caramel getting sticky, and holding a cone until it leaks.

French Montana instantly came in hard on the record by referencing the infamous Will Smith slap that happened at the Oscars. He said, “I need that Jada p*ssy, that’ll make me slap a n*gga.” He also threw names like Zendaya, Paula Patton, and Meagan Good into his verse.

Stream the new record on Spotify and Apple Music now.

Love me a choco n*gga, I go crazy
That deep brown skin looking like DaBaby
That type of n*gga make me want to have a baby
Maybe I’ll settle down before I get to 80