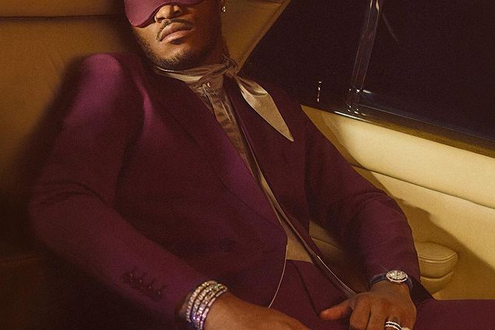 Future is expected to have the biggest debut of the year.

On April 29, Future released his newest body of work, I Never Liked You, his first album since Pluto x Baby Pluto (Deluxe) in November of 2020. It hasn’t been a week yet, but his sales projections are already in– and they’re huge.

The Atlanta, Georgia native teased his new project for the entire month of April by revealing features and tweeting about what was to come. On April 13, he revealed the release date, and on April 25, just four before he dropped, he posted the cover art along with the album title onto his Instagram.

The 16-track project included features from artists like Kodak Black, Drake, EST Gee, Kanye West, and others. According to the Apple Music charts, his songs “712,” “WAIT FOR U,” and “IM DAT N***A” seem to be doing the best as of now. His album also went #1 in 58 countries on the streaming platform.

Future Hendrix isn’t quite finished dropping, though. His close friend, Young Scooter, stated that there would be a deluxe of the album dropping on Monday. While Future hasn’t confirmed this, fans are crossing their fingers hoping to get more music from the rapper.

Comment your favorite song from the album down below.