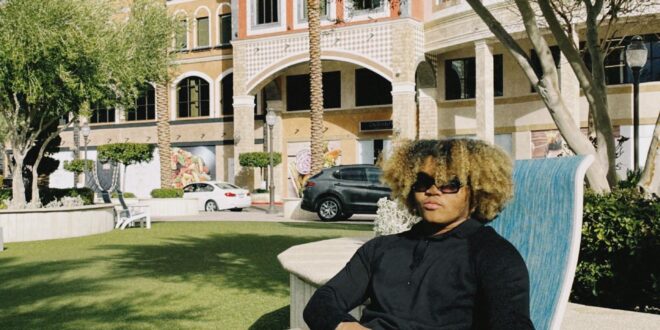 Review Of The New Single From Dexhoun Called ” Wake Up”

Dixhoun Urges And Proves Himself As a Dream Chaser.

Setting forth his creamy vocalized lyrics on a captivating play of instruments, Dexhoun is out with his single “Wake Up”. Dexhoun is a promising music star and hails from Las Vegas in the United States. His Latest single ‘Wake Up’ got released in April this year and is doing well on some major music streaming platforms. His friend who is also an artist and an engineer takes the production credit although all of this happened in Dexhoun’s house.

The Las Vegas singer and rapper put it all out on the table in his newest release and proves how dedicated and promising he is to his musical career with “Wake Up”. All music lovers and fans of this able act must be amazed upon hearing the song on its release and how distinctive the track was. With a catchy vocal performance, the track quickly turns out to be a song with positivity and upliftment.

As an impressive track composed with positive and uplifting vibes, the song is keynoted on directing one’s attention to his whisk or grind and more importantly not losing focus on the target and also not letting the fear of others determine one’s sight and the state of how things exist. The artist also hits on overcoming his obstacles and making it to where he has always wanted to be.

What motivated Dexhoun has finally turned into reality and made the song enjoyable is the crawling build that directs to the high point of vocals, sounds, and drum kits that are played. Dexhoun staggeringly distributed his vocals on the instrumentation but the parading of the lyrics made the track melodious and sound great. Dexhoun built the song with true passion and emotions that gives him the skill and an artist to watch out for. Plugins sound inspired the beat but the theme of 2000 R&B inspired the build and then from there the hook and verses are purely hip hop.

As the song is already out and doing good, I recommend that everyone reading this streams the song with the link below and leaves a comment.