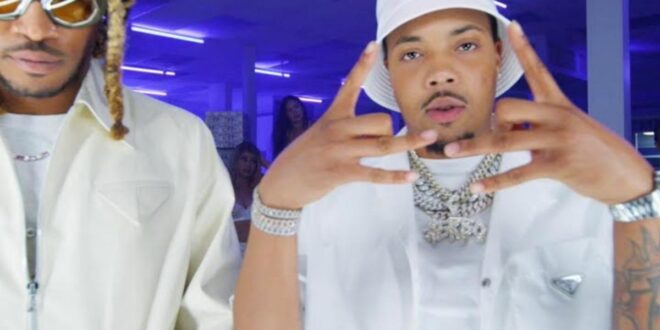 The self-proclaimed Toxic King joined the Chicago Drill rapper for his latest single.

Last week, G Herbo dropped a new track entitled “Me, Myself & I” featuring A Boogie wit da Hoodie, reminding fans that his highly anticipated album Survivor’s Remorse is on its way.
On Friday (September 16), the Chicago rapper followed it up with his new ATL Jacob-produced track “Blues” featuring Future. Along with his new single, the 26-year-old Drill star teased the trailer for the song’s upcoming visuals for his 7.7 million Instagram followers, writing, “I’m as street n*gga that got rich I made curves off a brick! @Future.” Herbo also dropped the cover for Survivor’s Remorse earlier this week, sharing, “SURVIVOR’S REMORSE A SIDE B SIDE.”

The album marks the rapper’s first complete project since his 2021’s album 25—no word when Remorse is slated to drop.

Check out the trailer below.

Notable Lyrics
Ain’t nothin’ happenin’ in the ‘Raq, the Caddy bulletproof (Ayy)
Drac’ go hackin’ ’em like Shaq (Grra), we whacked him ’cause he lacked (Whacked)
Bad bitch all on my lap, speak Latin and she act
Beat and crashed it off the yak, took traction off the trap
Bein’ broke, that sh*t was whack, I ain’t never goin’ back