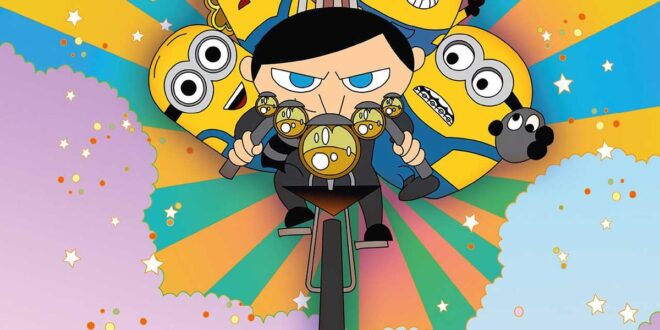 H.E.R Covers “Dance To The Music” For New “Minions: The Rise of Gru” Movie

H.E.R uses her harmonizing vocals to cover the timeless hit created by Sly and the Family Stone.

The Despicable Me movie franchise started in 2010. Focused on the life of a supervillain and his gang of minions, the film has had three sequels and is gearing up for its fourth. On July 1, Minions: The Rise of Gru will hit theaters across the nation.

The hour and 30-minute long movie takes place in the 70s and captures the life of a young Gru trying to join a group of elite villains. When things don’t go as planned, it is up to his posse of little yellow people to come to his rescue.

Like all movies, Minions: The Rise of Gru comes with a lengthy soundtrack consisting of records that perfectly match the tone of the movie. They’ve only released five out of the 19 records from the film– one being a cover of the late 60s song “Dance to the Music.” R&B singer, H.E.R., has been chosen to sing over the song that Sly and the Family Stone originally produced.

The beat, being a mixture of disco and funk, paired with H.E.R.’s soulful voice, made the track come together perfectly. While it’s two minutes long, it is focused on the variety of instruments that were pertinent for making a good record during the 70s.

Listen to the fun track on Apple Music & Spotify.

Tags Dance To The Music h.e.r Minions Minions: The Rise of Gru