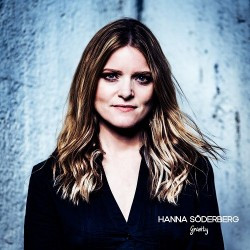 “Gravity” by Hanna Söderberg is a refreshing taste of pop music.

Hanna is an artist and composer from Malmoe, Sweden, who has recently raised the standard for inventive music that explores numerous forms. Söderberg began studying gospel and jazz music as a child, before completing her Masters of Education from Malmoe Academy of Music, specializing in rock and pop music.

Hanna was signed as a songwriter with a publishing company in Malmoe in 2015, and she has since worked with many talented songwriters, including Jeff Franzel, Matthias Max, Andreas Berg, The French Guys, Alexander Holmgren, David Fremberg, Robin Jowi Andersson, Lubo Slavicek, Beanz Rudden, and many more. Hanna recently published a stunning new single on the 22nd of April this year called “Gravity,” which is all about showcasing her uniqueness as well as her particular skill as a musician and songwriter.

“Gravity” is a strong pop ballad about making your way without looking back. It’s all too tempting to give up and follow the pack at times, but Söderberg ensures that the listener lives with no regrets. While the safe option may appear to fit in with the herd at times, Söderberg reminds us with this enthralling piece to make our own decisions based on ourselves rather than how we may be seen.

The strong chorus delivered by Soderberg is the song’s centerpiece and her towering voice blended with a captivating refrain combines for just an oldie. Söderberg’s vocals fluctuate throughout the track, emphasizing the sense of abruptly breaking away and being independent. The track is cheerful and exuberant, conveying a sense of success and delight to the soundscapes. Claps arise during the which was before, serving as a background to Söderberg’s euphoric refrain.

Hanna’s songs ought to appeal to all, but it’s especially interesting to fans of Dua Lipa, Halsey, Billie Eilish, and Clairo, among others. What distinguishes this artist’s music is her propensity to reimagine various classic sounds and themes into a more personal sound.

Listen to “Gravity” on Hanna Söderberg’s Spotify and let us know what you think. Cheers!