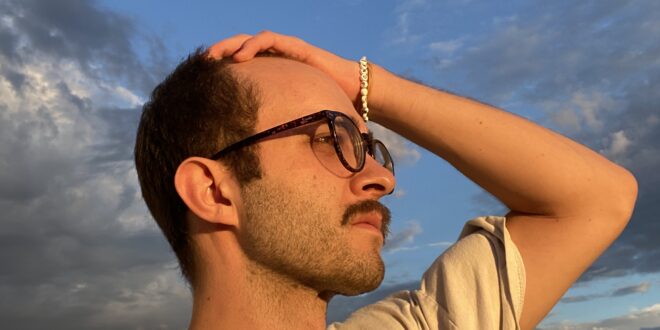 Interview With Henry J Regarding His Single “Kármán”

Henry J, a Los Angeles-based artist, is full of style with his wonderfully addicting music that is danceable, catchy, and distinctive. He adds dazzling voices, dreamy synthesizers, and sparkling melodies to his music, making it more exciting to listen to. On October 14, he released his latest single “Kármán,” which is quite obvious to him. “Kármán” is a song about his desire for greatness and the crushing dread that comes with it, told in three portions. Each section of the song is dedicated to a distinct fear he has developed as he pursues his objectives. They are,

We caught up with Henry J to find out more.

HENRY J: I’m a pop rocker from Oregon living in LA. Been here a few years just pounding it out in the music scene trying to get people on board the Henry J express.

HENRY J: I pride myself the most on my creativity. Not that I’m bad at the other shit I do I’ve just really put a lot of effort into not sounding like anything else. I’ve always admired the boundary pushers of the music world – Lou Reed, Damon Albarn – people like that who try to make something new for people to listen to. I’m trying to build off of that mindset. I’d also like to shout out my work ethic. I never stop learning and never stop working. I work on music for a few hours in the morning – making a new song, recording, practicing, and learning a new instrument (drums at the moment). I get home from my day job between 11-midnight usually and sit at my computer and work on new songs until I pass out at 4 or 5. Even on a day when I’m too depressed to get myself out of bed, I’ll crawl my way over to the computer and at least do something. I’m like a shark, if I stop moving I’ll die. Also, I shred on guitar.

HENRY J: I’ve been described as eccentric. I want to bring that to the stage. Lights, sounds, antics, props. Anything that gets people more engaged than just hearing the music. Nothing’s worse than paying for a concert ticket and feeling like you’re just listening to the cd. No spice, no extra passion, no pizzazz. Get out here with that mess.

HENRY J: Like I said before I try to model myself after the people who’ve pushed the envelope before me. I’ve got a background mostly in the classic rock so there’s a lot of that influence but I try to combine that with more modern influences coming up in the pop scene. I like weird sounds. Pop, especially hyper pop, has been doing a lot of cool things lately (Marina, Kim Petras, Rina Sawayama, and 100 gets all make crazy weird stuff that revs my engine). Pop lately has a lot less built-for-commercial success bullshit and a lot of fascinating things.

HENRY J: Henry J is built off my freshman project which was more to find my feet and find my direction. I wasn’t as good at producing, recording, or even playing music back then as I am now. I taught myself the skills and vision to start this future that I have in my mind. Like I said I’m a rocker at heart – AC/DC, Sabbath, the Kinks – stuff like that, so I write every song on guitar and throw it down on a scratch track, listen to that and decide what I can add in terms of synths, drums, lyrics, cool little vocal processing tricks. I play through it probably 10 times and write down everything that comes to mind and try to lay it down on the computer. It’s important to do it fast and not get caught up in details. I can try a ton of different things til I get something that I like then try to connect that to what comes next until I have a track that I like. Then I lay down my vocals, layer everything, add detailed listen 100 more times and take notes until it’s right where I want it, then mix it and send it off to get mastered.

HENRY J: Man, I just love making music and I want to do it for the rest of my life. It makes me fucking happy. When I’m stressed or depressed or having a manic episode it’s the connecting thread that takes me back to being me. I write a lot of songs about things that make me sad, mad, or anxious and it’s therapeutic. I write songs about being happy too and they help remind me to be grateful. Also, I want other people to take something from my music. I love people. Not everyone but a lot of them, and if I can make them feel something and make them a fan, I feel accomplished. I feel good. I want to make fans feel something when they hear me.

HENRY J: I want to be out there. Not to toot my own horn but I think I’m pretty rad. I think I make rad music and I want people to hear it and think it’s rad too. People need to know about Henry J. Even if they hate it that’s fine, because I know more people are gonna like it. I just want you all to get the message out there.

Henry’s performance is flawless, and it perfectly captures the emotion of the song. His vocal melody is captivating, and the production provided plenty of intensity to keep the listener’s attention. The song remained quite genuine, and its topic of fear and anxiety truly depicts how one would feel while contemplating the future.

Listen to “Kármán” by Henry J on Spotify or SoundCloud and let us know your thoughts. Cheers!

You can follow Henry J here for more information.