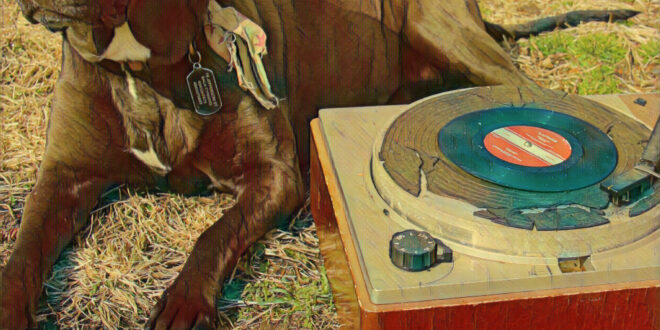 Interview With The Margaret Hooligans Regarding Their Album “Turntable Tribulations”

The Margaret Hooligans are a garage rock duo from Bala Cynwyd, Pennsylvania, comprised of Meg Cratty on electric ukulele/vocals and Mr. Strontium on drums/teapot/backup vocals. The band returns with their second album, a 9-track piece of art with a total length of 48minutes and 33seconds, as a follow-up record to last year’s “BoomBox Blasts.” “Turntable Tribulations,” the album, was released on October 21st. The tracks on this album retain the band’s typical chaotic sloppiness, and their subjects have broadened to include numerous songs that deal with various elements of interacting in a virtual environment. Relax and enjoy our conversation with the pair as we go into additional topics.

MEG: We could be here all day if I answered this truthfully. How about I tell you about the original spark that created The Margaret Hooligans?
I had been accumulating electric ukuleles for a few years to have Strontium and I play together. He’s been a drummer forever and has only taken a hiatus from bands since I became pregnant with our daughter. I had been performing live acoustically as a singer/songwriter with a cellist friend for a few years on the ukulele festival circuit, but I had the desire to be loud. I convinced him we should play together after buying a loud 350-watt amp and some pedals. The pandemic made it easy to keep up a regular schedule of playing and creating songs so we could keep up a semblance of routine when everything was blown to shit.

MEG: I am not sure I know how to answer this one. I don’t spend a lot of time thinking about whether or not I am a good artist, so much as whether or not I like how our music sounds. If I want to listen to our music over and over again and I am not tired of it, and there are no parts where I feel like it’s too repetitive or could be better, then it’s good to me. This is especially true if months have gone by and I listen to something we made and still think it’s worth listening to.

MEG: I have an allergy to pandering to an audience, I am not big on being forced to participate in concerts by clapping my hands when demanded by a musician, so I would never do that to an audience. That being said, if you came to one of our shows and you felt tired, there’s something wrong. We are loud, energetic, and silly by nature, so if you don’t feel like tapping your foot or moving a bit, we might not be the band for you.

MEG: I know this is a question a lot of people ask artists because they think there’s always a spark that creates a piece and there’s a great backstory to each song, but truthfully, if you’re an artist or a musician you have a practice of making work. It’s not a sexy or glorious thing, you just go to work as anyone else does. So, I would say loads of things influence us because nothing is created in a vacuum, but that can be as varied as the fact that for years I couldn’t find good gluten-free donuts and I found that frustrating (we are releasing a song in 2023 on the subject) or the fact that we seem to be tap-dancing on the edge of the apocalypse at this current moment in time.

We have loads of musicians we like as well, and their influence is not necessarily heard in our music, for example, we are big fans of James Brown and New Orleans soul music, as well as Miles Davis, but that’s not an influence you readily hear in what we create. On the other hand, we are frequently compared to artists who I wouldn’t say are direct influences at all (some I had never listened to before being compared to them), but obviously, generations of music have seeped in and shaped what we do. 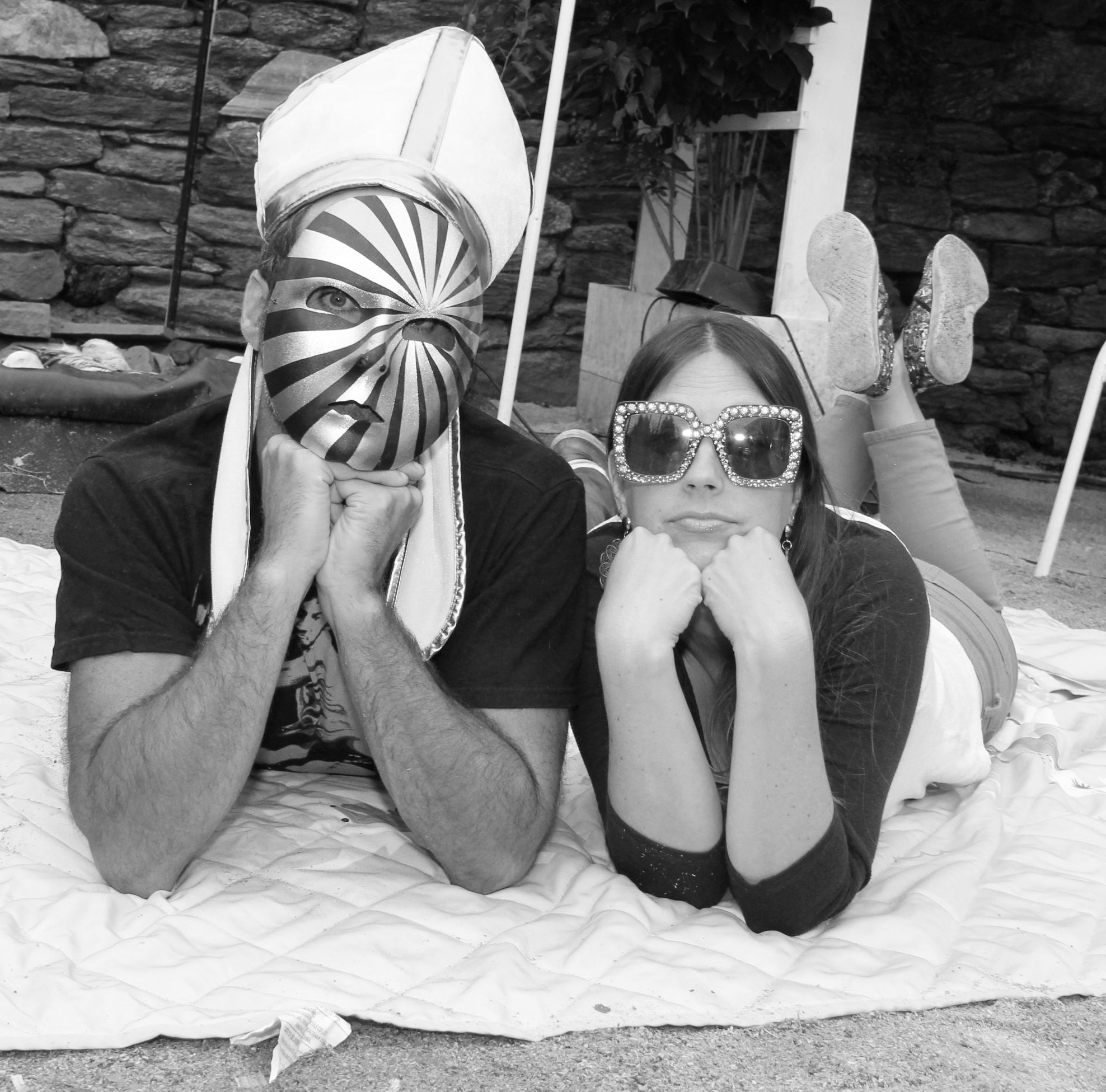 MEG: Turntable Tribulations is our latest album, and we released 6 singles from April through October to promote it ahead of time, leaving three unreleased songs, one of which is an 11-minute mini rock opera called “Psycho Diapers”. It’s the last track on the album and chronicles the story of a troubled, spoiled boy who is unloved by his rich, busy family and is shuttled off to boarding school after setting destructive fires. At school, he works his way up through the political echelons only to be brought down when he crosses the wrong group and they use his attraction to their female leader as a foil for his social demise.

Also featured on this album is “Feedback”, a recently released single about opinion overload and oversharing in digital spaces, “Bippity Boppity” the half-rap half sung tirade against performing constantly for the seemingly insatiable beast that is social media, and “Good Morning Micro Man”, a jaunty tongue and cheek about a Silicon Valley billionaire who microdoses LSD “to divine what fund to hedge.”

There is also “Red Rider”, a nod to the fairytale of Little Red Riding Hood, but spun to reflect our crazy dystopia of late, “Pete and Roger” a tribute to the founding members of The Who, Roger Daltrey and Pete Townshend, whose tumultuous friendship is legendary and whose work was a great influence on the duo, and “Oh Lord Hit It”, a song about a drunken dilettante housewife who can’t seem to get it together and whom the band dedicated to Sue Ellen Ewing, the wife of TV show Dallas’s J.R. Ewing.

The production process is an oddly formal term for what we do. We have a choppy process for making work, but I think it allows us to be objective about it because we remove our emotional attachment to our art by letting it manifest itself over a long period. We start with jams which we record via cassette tape on an old two-track. They sit for a while and then Strontium listens to them and makes notes on what he thinks sounds most promising. Then in a second stage, we flesh them out a bit – either by jamming a little more to work on a bridge or a chorus, or just by paring down what’s already there. Then we record the drums and the uke together. I will work on lyrics separately based on whatever vocal melody emerged in the first two stages and then the vocals are overdubbed. We then just keep layering the work with extra overdubs of lead riffs, more percussion, and Strontium’s patented vocal heckling. This means a song can take months (or in some cases, years) to be finished from spark to release. We created so much work during the first two years of the pandemic that we are still just releasing songs written about 2 years ago.

MEG: I don’t think so. What is the objective of any music or art? I think it is largely selfish creation propelled by a compulsion to make it for the sake of my sanity, while critics try to figure out what it is I’m doing and I try to guide them so their interpretation isn’t complete bollocks. In the end, I just want it to be fucking good.

MEG: If you have any inroads with Pete Townshend or Roger Daltrey we wrote a little song about them we’d love them to hear. Beyond that, we’re grateful for people like you who are willing to write about the music we make.

MEG: Well, if you want the answer to that, you’ll have to watch our Feedback video, where we eat the criticism we’ve received about our work.

Overall, “Turntable Tribulations” is an exhilarating album that leaves us drenched with longing for a variety of garage-rock songs. It’s addicting, and some tracks contain incredible drum fills and rhythms that are based on rock music. Everything on the album works beautifully, from the vocals to the music, and the dualism of both performers complements the album’s moods nicely.

Listen to the “Turntable Tribulations” album by The Margaret Hooligans on Spotify or SoundCloud and let us know your thoughts. Cheers!