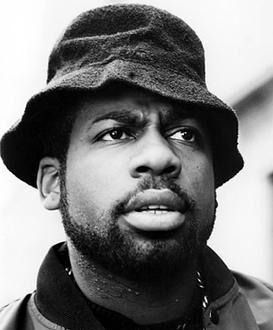 Karl Jordan Jr. cites quotes from a co-defendant who spoke about the slaying in a ‘Playboy’ article, saying that it could be damaging.

Jam Master Jay’s alleged shooter, Karl Jordan Jr., 38, is requesting his murder indictment to be dropped or replaced with a separate trial after being charged in the 2002 killing of the Run-DMC’s DJ.

According to Rolling Stone, a new motion filed on Monday (Apr. 11) in Brooklyn Federal Court, lawyers for the defendant are claiming that the government waited too long to charge him with the crime and having a joint trial could violate his right to cross-examine his co-defendant if damaging quotes in a Playboy article “The Last Days of Jam Master Jay” are brought up.

The Aug. 2020 indictment claims that Jordan Jr. broke into Jam Master Jay’s Queens studio on Oct. 30, 2002, and shot and killed the DJ as revenge for a cocaine deal gone bad.

Lawyers are now stating that it’s too late to obtain “beeper records” and other “objective evidence” to support his alibi because of the delay.

The co-defendant in question is Ronald Washington, 58, who allegedly provided cover during the shooting, and spoke about the case in a 2003 Playboy article.  Washington is quoted saying that he saw Jordan flee the murder scene after he heard three shots fired.

Washington also referred to Jordan and Jordan’s father as “Little Did” and “Big D” while speaking to Playboy while behind bars in 2003.