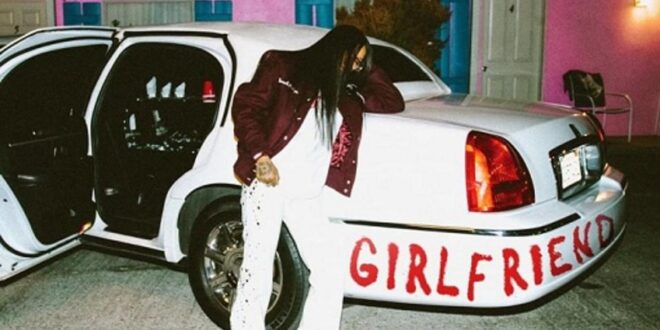 Kaash Paige, born D’Kyla Paige Woolen, is a singer and songwriter from Dallas, Texas. The 21-year-old gets praise for her R&B-style music. Most of her songs are about relationships and love, and she uses her tuneful voice to sing to any type of beat.

She dropped her newest single “Girlfriend” on April 29. This is her first solo record since 2021 when she released “Bad Girl.” The track is nearly three minutes long and features a melodious rhythm which Kaash sings over in a high-pitched voice.

In the song, the artist talks about why she’s not ready for a relationship, and shouldn’t get into one. She sings in her catchy hook, “Say you wanna be my girlfriend, my girlfriend. Don’t fall in love with a b*tch like me.” She also references how she’s not used to people staying around for too long. “She just wanna get high. I’m so used to goodbyes. Don’t like spending no time,” the songstress adds.

The Roc Nation artist also has visuals for the record. In the video, she is seen portraying a relationship with multiple different women, then partying with a group of people. This insinuates that she’s not ready to be tied down, and she’s just trying to live life.

Stream her newest single on Apple Music or Spotify below, and check out the visuals as well.

I can hear them screaming tequila, tequila,
Bad b*tches, they love smoking all the reefa
Where the keys at, talking no Alicia
Where the freaks at, dancing by the speakers

Previous Review Of The New Single From Dexhoun Called ” Wake Up”
Next Kehlani & Blxst’s Sing Beautifully On New R&B Song, “any given sunday”