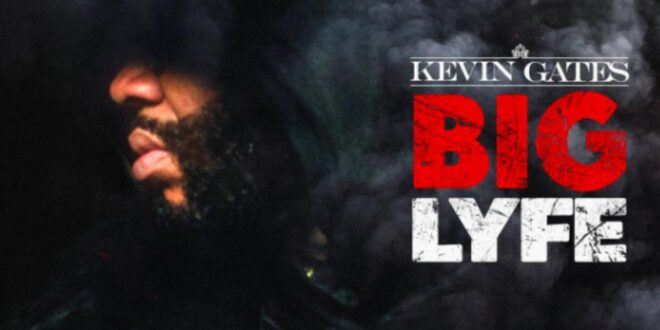 Kevin Gates comes through with his latest single, “Big Lyfe.”

It feels like it’s been a minute since we’ve received new music from Kevin Gates but it feels like there’s a good chance he’s getting ready to drop a new project this year. The rapper unveiled Only The Generals Pt II over a year ago but the recent spree of singles and freestyles have offered fans some insight into where he’s going next.

This week, the rapper came through after a few months of remaining lowkey with the release of “Big Lyfe.” The rapper’s success and spirituality align over electrifying production, celebrating the power of positivity and purpose.

While the rapper has been slowly cooking up, his back catalog has seen some significant streaming boosts, thanks to TikTok. His collab with Juicy J, “Thinking With My Dick” spurred a new TikTok challenge which helped the song hit the Billboard Hot 100.

Check out the latest release from Kevin Gates below.

Quotable Lyrics
I don’t go and see the voodoo lady
Know that I’m protected by the angel
Like Muhammad Ali, I’m the greatest
I’mma make you love me, I’m a gangsta