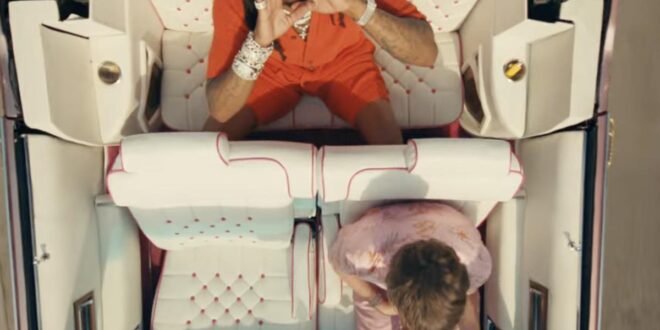 The track is said to be included in Murda Beatz’s soon-arriving project.

Last month, TMZ stirred the pot by announcing that not only is Murda Beatz dating Anitta, but the two stars were also working with Pharrell, Quavo, and J Balvin. The hitmaking producer and superstar singer have been photographed together, but aside from the gossip about their relationship status, news of a track stacked with this level of talent quickly caught the attention of music fans.

For New Music Friday (July 8), we finally have the chance to hear what this group has been working on now that “No Más” has arrived. Despite being an award-winning, Platinum-selling producer, we have yet to receive a full-length LP from Beatz, and it’s reported that his debut album is on its way. Some have stated that the project is slated as a mixtape, but we’ll have to wait and see.

As we keep you updated on more information about Murda Beatz’s record, stream his latest single “No Más” featuring Anitta, Quavo, Pharrel, and J Balvin.

Go lil’ mama (Mama)
Way she feel got her dancin’ like Rihanna (‘Anna)
She see me dressed in Prada and then she Prada (Prada)
She drinkin’ reposado (Tequilla), like it’s water (The drank)
Then wÐµ gon’ light the block up (Light it) with this new chopper
No más (No, no), goin’ back and forth, shÐµ got it on her (On her)