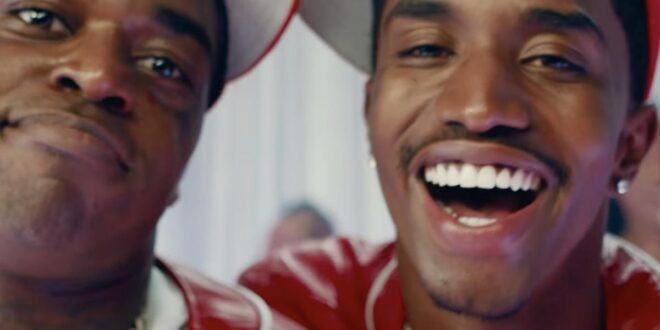 The Combs crew is filled with talent as Sean “Diddy” Combs’s children follow in his footsteps. His mini-me, Christian “King” Combs has been steadily following in his famous father’s footsteps by tapping into the industry as a Rap artist, and he’s collaborated with several Hip Hop favorites along the way. As his DreamDoll-assisted “Gas You Up” continues to make waves, King is back with another single, “Can’t Stop Won’t Stop,” this time with a feature from Kodak Black.

The title of this record is a nod to King Combs’s dear ol’ dad Diddy as “Can’t Stop, Won’t Stop” is not only the name of a single from The Lox featuring the Bad Boy mogul, but it is also the title of a documentary about his rise in the industry. Meanwhile, Kodak has taken over timelines in recent days following his arrest and subsequent reported order to house arrest. The rapper has taken the setback in stride and even returned to mock the officer who took him into custody.

Stream the Lil Kim-sampled “Can’t Stop Won’t Stop” by King Combs and Kodak Black and let us know what you think.

I just talk that Guapanese, it’s my language (Woo)
I just put some Cartiers on my main b*tch (F*ck)
I just put some Valentino on my main ho (My main ho)
Bad Boy chain bussin’ like the rainbow (Bussin’)
I’m off Yak, I’m with Yak in the Lambo (Yak)
Yellin’ out the window, “Money ain’t a thing, ho”