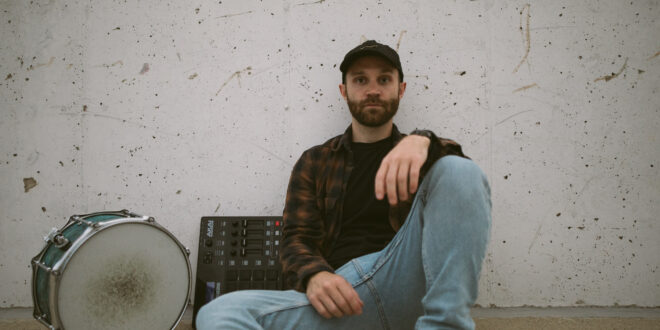 Pablo Eskobear is a Grand Rapids, United States-based solo artist. Pablo is a musician who has composed several songs in his distinctive style. Brock Berrigan, Bonus Points, iamalex, and others appear to have influenced him.

Pablo’s most recent album is “Champion Bangers.” It comprises eight tracks and runs for 22 minutes and 14 seconds and they are the compilation of some of his best beats. The album’s opening track, “Just Like,” is a very delicate and mellow tune with a hint of r&b components. The song is carried by soothing vocals and powerful melodies. The music is just lovely to listen to.

“Adios” is a song that perfectly encapsulates the album’s sound. It immediately transports you to the early 2000s Alt-Rock scene. Pads, synths, and guitar effects are among the song’s characteristic sounds. The song is built on surging synth notes and an intriguing drum rhythm, with distinct voices.

“Flippin’ Out” is a tune that makes you feel good. The song’s beginning alone is enough to inspire someone to choose a career as a rapper. The quiet melody, as well as the claps with fragments of harmonic notes, are all extremely well done. It’s a tune to listen to when lying under the stars and attempting to rhyme along with the clouds.

“Under The Table,” the album’s fifth track, is a song that represents some period drama. It reflects Pablo Eskobear’s brilliance with its delicate and classical style tune. The trumpet’s euphonious tone contributes to the song’s cinematic mood. Here, Pablo Eskobear created a masterpiece.

The sixth song, “Native Narcotics,” is a catchy track featuring trap sounds with light kicks and percussions. The sounds take you on a deep and psychedelic journey while simultaneously being calming.

The second last song on the album is called “Highest In The Hierarchy”. It is more like a trap beat that features the vocals of persons on the soft beat. Lastly, the last song on Pablo’s album is “Shaken, Not Stirred”. This last one is defining Pablo’s music incredibly while inhabiting his style. It’s a must-listen for everyone who loves music.

Listen to “Champion Bangers” and be thrilled with Pablo’s amazing productions. Cheers!