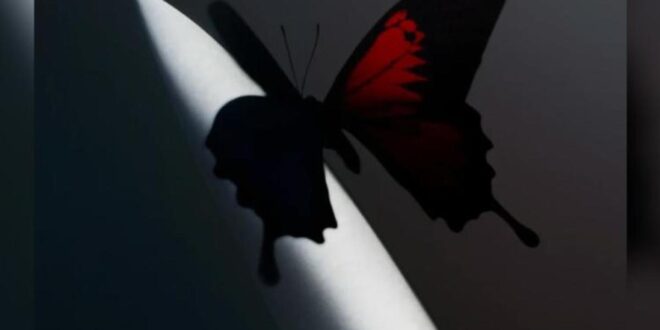 In what is perhaps his most introspective and vulnerable album to date, Post Malone makes some daring creative choices.

Nearly three full years have passed since the release of Post Malone’s last album, and like many records that were recorded throughout the pandemic, the nine-time Grammy nominee’s latest release — titled twelve-carat toothache — is a subdued and introspective body of work. The 14-track album — 16, if you’re counting the newly released deluxe version — features some of Post Malone’s most stylistically adventurous songs to date, and in a way, the record feels more like a slight rebrand than a natural step forward from Hollywood’s Bleeding.During his January Billboard cover story, the Utah transplant alluded to the pressure of creating his fourth studio album, saying, “A lot is riding on just being able to keep making songs. And that’s hard to do because you’re like, ‘F*** — I already talked about everything.’ And you kind of run out of ideas, and that’s scary s***.’ As the interview progressed, he revealed that his spark eventually returned, and he likened the creative energy that he was feeling to the same vibe that guided him through the creation of his debut album, Stoney. Perhaps that’s why twelve-carat toothache feels so detached from his previous records. In addition to the three-year gap in between projects, Post Malone has arguably embarked on an almost entirely new sonic path for the first time in his career.

What really works for the album is the atmospheric production that guides standout tracks like “Reputation,” “Cooped Up,” “Wasting Angels,” “Love/Hate Letter To Alcohol,” and “Waiting For A Miracle.” Even beyond those songs, spacey sonics are arguably the trademark characteristic of twelve carat toothache, giving the entire album a dark, void-like vibe that’s reminiscent of its stark cover art. The record actually feels strange when the production picks up pace and features more moving parts, especially on tracks like “Wrapped Around Your Finger,” “I Like You,” “Insane,” and “One Right Now.” While a couple of those songs are great on their own, they just don’t feel like they fit on the record, and one-by-one, they chip way at its intoxicatingly dark aesthetic.

Another brightside from the album is Post Malone’s ambitious songwriting, even if it is also a double-edged sword. Whether your love or hate the awkwardly performed “Lemon Tree” — the third track on twelve carat toothache and undoubtedly the first major dropoff point for many casual P.M. fans — there’s no denying that it is a creatively penned song that calls bullshit on the whole “when life gives you lemons, make lemonade” trope. “Waiting For A Miracle” is another instance on the album where Post’s lyrics are endearingly pithy, with hard-hitting lines like “And everything done for the dead after they’re dead, is for the living/And everything done on a day, goddamn it, that’s our decision.” Yet, the best display of songwriting on the entire album is arguably the Fleet Foxes-assisted “Love/Hate Letter To Alcohol,” in which Post Malone sings to his long-documented vice as if it will actually respond to him with a solution. Beyond the almost ridiculous idea of Post Malone getting his “ass kicked” at the height of his celebrity, the song makes for an interesting take on substance abuse.

However, with all of the impressive elements housed on twelve carat toothache — including many vulnerable moments and an emotive soundscape — as a full body of work, there is still “something” unquantifiable and unqualifiable that’s missing, and as a result, Post Malone’s fourth studio album comes off a bit soulless. The “happier songs” — most notably “Insane” and the literally titled “Happier Song,” “I Like You” with Doja Cat — feel like emotionless, radio-ready filler, and while the “sadder songs” are considerably more interesting, they aren’t fleshed out enough to stick with you without several repeat listens.

Still, twelve carat toothache is far from a bad album. Save for some questionable vocals, some annoyingly bubbly tracks, and an utterly anticlimactic album closer, twelve carat toothache maintains an impressive level of quality from start to finish, and even the album’s most staunchest critics can admit that there is an abundance of great ideas littered throughout Post’s latest record.