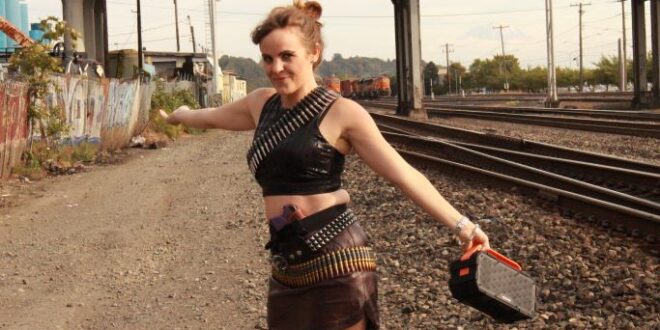 Review Of Abby London’s “Off the Grid”

Abby London, the Indie Pop singer from Seattle, Washington, returns to our crib with her distinctive combination of pop, R&B, and soul song named “Off The Grid.” This is an enticing song that was written with a lot of love and passion. It was published on November 4th by Abby London and is filled with intriguing melodies and rhythms. It follows on from her last release, “Hysteria,” which was about people being dominated and influenced by the news.

The song’s tone is satisfyingly delicate and I admire how it was presented, beginning with modest undertones before the enticing vocals of Abby creep in to intensify our listening experiences and lures us into her realm. Her vocals are heavenly and seamlessly complement the song at the highest caliber. The composition also, in my interpretation, glides marvelously well and precisely encapsulates the emotions of the song, which makes it appealing to the ears. Additionally, the duets are among the loveliest I’ve heard, and the instrumentation and tempo lend amazing depth and variety to her sweet girlish voice.

As previously mentioned as the follow-up song to “Hysteria,” which is about people being dominated and influenced by the news, “Off the Grid” appears to be the panacea to such predicaments, as Abby sings about fleeing the confines of the financialized living and embracing the prospect of disassembling from the societal network and doing things on her own. She believes we are being swindled, and she is sickened by it all. I applaud the song’s message, and when I engage in the significance of the lyrics, I feel utterly emancipated.

Overall, “Off The Grid” is a song that we all need to hear in our daily existence. The lyrics are optimistic, powerful, and motivating. Abby London’s musicality shines through in this work, and I appreciate how the theme, melody, and production all have robust and effortless integrating quality. Abby will undoubtedly accomplish a significant amount with “Off The Grid,” especially given how pleasant and genuine it is.

Listen to “Off The Grid” by Abby London on Spotify or SoundCloud and let us know your thoughts. Cheers!

You can follow Abby London here for more information.