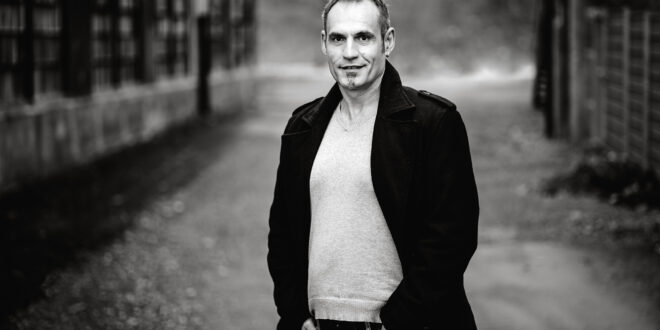 Review Of Bekim!’s Latest Single – ‘Next To Me’.

A positive vibe about being in love and cherishing it.

After previously releasing ‘Close Your Eyes’, Bekim! has returned with ‘Next To Me’, and it’s best described as the perfect summer track. The latest single from Bekim! is a 90’s and early 2000 R&B type song with catchy vocals and a chorus that talks about an adored relationship. The single was released on 29th April 2022 and Bekim! earned the production credits.

With an immediate lively and active atmosphere created by a driving beat merged with a 90s-like beat, the song turns into R&B as the vocals come in. ‘Next To Me’ has a communicable composure to it that ties up with the lyrical message. The addictive melody keeps the listener glued more than expected because the song is so bewitching. Bekim! made credentials from artists he has had influences from. The lyrics that say, “I’ve got love on it” bear a resemblance to Luniz and Michael Marshalls’ 1995 hit “Got five on it”.

With wise lyricism about not being in the state to lose a cherished lover, Bekim! themes the song on going every mile to save his dying relationship because he is obsessed with it. He talks about his endless feelings for his lover and what the person means to him. Bekim!, seems to be stuck in this love triangle and wants a returned energy. He feels empty without the lover’s presence and wants her by his side all the time and how beautiful it is to be in love.

This track with charming melodies and an attractive beat is a piece that will keep Bekim!’s fans valued. The production is clean and professional sounding, adding to the contemporary feel of the song. As a single, ‘Next To Me’ proves Bekim! exhibits his talent as a composer and producer with bags of flawless warmth to keep every listener in a good mood and build a fanbase of his own as it builds up its excitement throughout.

While some people will enjoy the inspiration from the song and others will love it without knowing the plot, enjoy it either way and share your comments with us.

Tags bekim next to me review single