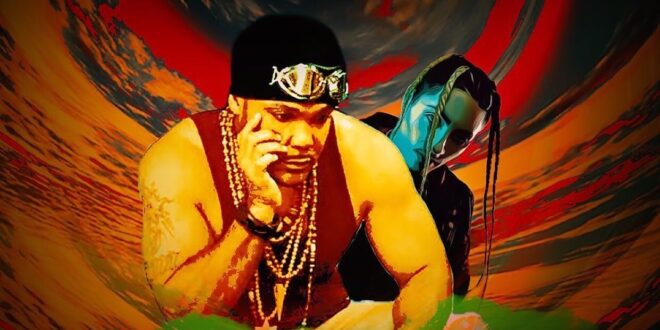 Kna-Lo Gets Determined In His New Song.

Kna-Lo is on the rise as an artist and is of the biggest acts in the world and has gained love on the streets with the good music he’s releasing. Fans have been itching for something new and Kna-Lo recently dropped a new project he calls ‘Don’t Know’. He tapped MIGS718 on this piece for collaboration. The single was released on April 23rd this year and was produced and written by him in Oceanside, California. Kna-Lo hails from the United States Los Angeles.

Kna-Lo has been chasing his artistic dreams since when he was 12years old. He started this by doing talent shows in Queens, New York. He draws inspiration from the 70s and 80s music styles and the likes of Kendrick Lamar, The Weeknd, Michael Jackson, and the Wu-Tang Clan which he has been on tour with.

However, Kna-Lo has also made an appearance in Snoop Dogg’s Suga Free video and performed at the HBO boxing ring for a famed boxer, Tiger Martinez.

‘Don’t Know’ featuring MIGS718 is a beautiful piece that talks about discovering one’s self and being brave. He had the inspiration to bring this song to life when he lost his mother and he come to the understanding that a mother’s love is nothing but unconditional. Kna-Lo comes to the understanding of these and eagers to face the grief that accompanies life and seeks to find the remedy.

The production takes a laid-back and spacey approach that creates a nice mix of pop, rap, and even some r&b. Venge’s vocals on this song are very smooth and soaring, which pairs nicely with MIGS718 voice which effectively does the same thing.

Let us know what you think of this brand new track, in the comments section down below.

Previous Review Of Bekim!’s Latest Single – ‘Next To Me’.
Next Kendrick Lamar Collides With Summer Walker & Ghostface Killah On “Purple Hearts”