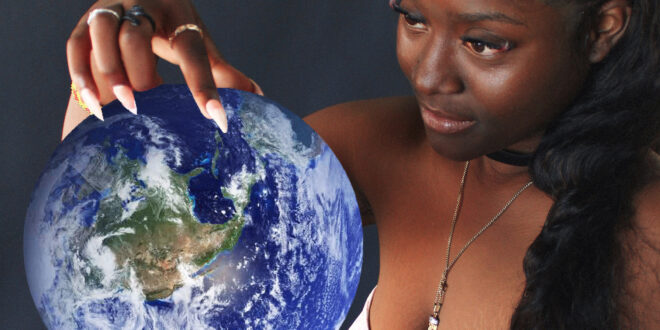 VISION Drops ‘In My Own World’ Ep.

VISION Breaks Down Her Battles With Society In Her Ep.

VISION is an Adelaide-based artist that loves to work with people in her field of interest to help her craft her career for the better. She is an experimental artist, rapper, and vocalist and enjoys producing music that does not hinder her from being true to herself. On the 6th day of May this year, VISION dropped a body of work titled ‘In My Own World’ to blur the connections between reality and her world and defines the battles she fights with society and had a couple of local producers, mixing engineers, videographers, photographers as well as some international producers in creating the project. Influenced by the likes of Nicki Minaj, A Boogie Wit Da Hoodie, Kehlani, Lil Wayne, Cardi B, and Megan Thee Stallion, Vision has absorbed the style and flow of these rappers.

VISION has her distinctive perspective which makes her music and art exceptionally standout. ‘In My Own World’ as her latest project, is an eight-song offering Ep and each song has a thought behind it because these songs are her avenue to say what she feels about society but hasn’t said and they’re going to be briefly explained song by song according to the Ep.

The first song on the ep is ‘Pockets(Interlude)’ which talks about and defines how VISION has been working hard to achieve her dreams and now people around her want to be beneficiaries of her success. She outlines who VISION has finally become in her expansion in beliefs and life in ‘New Bounce’ the second track on the ep. ‘Engine’ as the third song, spotlights how VISION will never return to her past where no love and appreciation was shown. But she dedicates the fourth track ‘Lost’ to her friends Ronald Mafara and Bradley Streeter who passed away in 2020 after positively making an impact on her life. ‘Carnival’ as the fifth song tells the story of the assumption of VISION being okay in a healthy mental state by people and so they refuse to check up on her but yet look forward to feeding off her money. Numb as the sixth track talks about how VISION misses the old version of herself who was capable of loving innocently and explores how she is working on unconditional love. Exotic at track number seven and the only featured song with T Maddz explores how the new person VISION has become is rare and not a common commodity, and should be treated as such because having her in your life is a privilege. No Lie as the last track explores how VISION attempted to approach love again from a place of consideration yet still ended up negatively impacted.

Check out the new EP in full below and  let us know what you think of VISION in the comments.

Tags ep in my own world society T maddz vision

Previous V – Train – ‘Sunday Service’ Review.
Next Review Of Bekim!’s Latest Single – ‘Next To Me’.