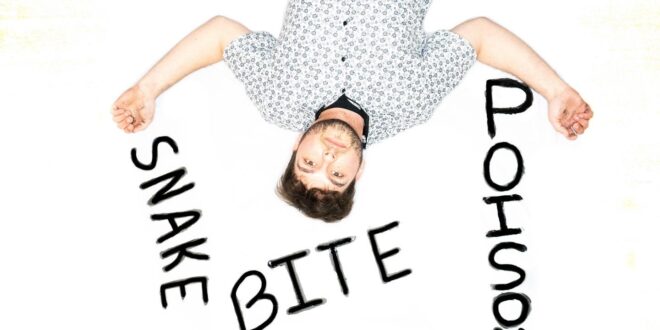 Eric Buffet, also known in the music industry as Brian Quirk, is a musician from Philadelphia, Pennsylvania who specializes in pop music. Brian Quirk released his second song “Snake Bite Poison” on May 6th, following the success of his first track “What If?” on February 25th.

Brian Quirk began his career in late 2019, experimenting with styles ranging from acoustic pop to punk rock and metalcore. Brian’s inspirations range from Ed Sheeran and Lewis Capaldi to Neck Deep and 24KGoldn, and he casts a broad enough net to contain something for any music listener.

Adhering to his expertise, “Snake Bite Poison” begins with some intriguing key riffs. The track’s production is quite evenly distributed, with the correct balance of luminosity, as well as tenderness and gloomy aspects. The vocals cut out through the mix exceptionally beautifully. The core line, percussion, and synthesizers keep you actively involved with the song’s transitions and journey.

“Snake Bite Poison” is a thinking thought song and it talks about summoning the strength to break connections with acquaintances or relationships that no longer serve you. The track expresses the general disgust we feel when we are injured by someone and inevitably create a breach. Brian expresses in the song that some individuals are simply not intended to be around for the rest of their lives. Things change, people change, and you have the right to refuse to have those individuals in your vein anymore.

Brian Quirk’s vocals complement the music in establishing the ambiance of the song, and he is a talent to watch. I liked how he was able to create these brief, deep, but acoustic moods throughout the composition.

Listen to “Snake Bite Poison” by Brian Quirk on Spotify and let us know what you think. Cheers!

I don’t know if you can see, but things have changed and we’re not the same
I don’t want that snake bite poison anymore inside my veins
I’m over the hating, there’s no more debating
Cause I drained the blood you inhabit
If you want it all, you can have it

Previous Hannah Dorman Sets Her “Fire” Up For Summer
Next Pena Hughes-John, Also Known as Pena & Lethia’s Natorium, is back with “Inner Child.”