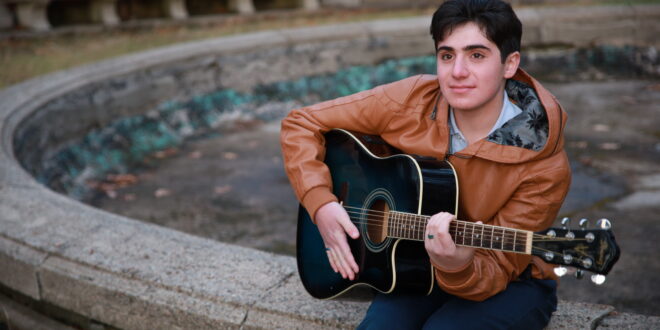 Caleb Casciois is a Boston-based musician recognized for his soulful, pop-influenced compositions. As an independent musician, he is building a name for himself in the business with his distinct musicality. His baritone voice complements his impassioned ballads and pop-infested shows. Caleb is an active part of the Autism Speaks community, singing at autism events at Xfinity Center and Fenway Park and holding fundraisers through his music performances, raising over $100,000 for Autism Speaks.

Caleb has an effective mainstream pop sound that is heavily influenced by musicians such as Lewis Capaldi, Taylor Swift, Hailee Steinfeld, Shawn Mendes, Ed Sheeran, Zara Larsson, Bruno Mars, and Dean Lewis. On May 20, 2022, he released this song.

Caleb’s “Roller Coaster” is a deep and relaxing piece that has numerous treasures. The song begins softly and continues at a similar tempo. While the song is mellow and includes acoustic components, there are other sections that make it lively and exciting. The rhythm that persists throughout the music will have the listener captivated.

“Roller Coaster” is a song about a young, hopeful image of love that talks about recognizing that love has its ups and downs and that we must confront the times of decline and not allow them to stop us from expressing what we feel. You should pay close attention to the lyrics since they are pretty profound and significant. The way this song ends is quite peaceful, it adds to the enjoyment and leaves you with a sense of tranquility.

Owen Korzec of Owen K. Productions produced and orchestrated the song, which was performed vocally and acoustically by Caleb Cascio and instrumentally by Owen Korzec on electric guitar, drums, bass, keys/piano, and percussion.

Listen to “Roller Coaster” by Caleb Cascio on Spotify and let us know what you think. Cheers!