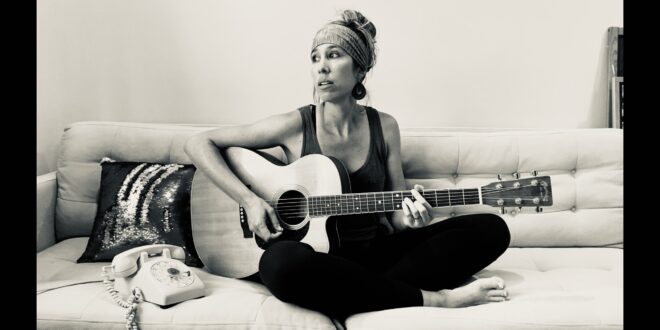 Review Of Connor Desai’s New Single, ‘Some Time Ago’

‘Some Time Ago’ is timeless storytelling.

Connor Desai is a Seattle-based indie acoustic artist who got tremendous attention for singing a song cover as a background score in the Netflix thriller “The One”. Here again, Connor Desai has returned with a beautiful song that balances despair and happiness concurrently in a way that will leave you dumbfounded. She released this track on May 10th this year.

‘Some Time Ago’ seamlessly transitions from a light-touched acoustic guitar to Desai’s calm and emotive voice drawing listeners into her folky, acoustic world. The song is deeply emotional, with soul-stirring musicianship. The vocals float in a sea of guitar effects that perfectly complement the dream-pop feel that makes the music so calming.

Desai explores her complex connection with female sexuality and what it all means in the confusing society we live in and that is not a miscommunication at all in “Some Time Ago”. Connor Desai was inspired by the timeless songwriting styles of Joni Mitchell and Tracy Chapman.

Connor Desai delves further with the quotation below.

“Historically, struggles for equality involve a war. Gender equality is strange in this way – here we are sharing beds, maybe raising a couple kids, and there’s this deeply problematic undercurrent that we have no frame of reference for solving. In public, we marched, empathized with each other during #metoo and targeted a handful of high profile predators with #timesup. But how much progress did we make? Where are we with equal pay and representation? Parental leave? Reproductive rights?

The level of compartmentalization reminds me of how the public rituals of girlhood often wander into the private anguish of womanhood. M.A.S.H. bleeds into E.P.T. That’s the story I want to tell.”

‘Some Time Ago’ might easily be read as informative poetry with several thought-provoking lines lyrically as the song attempts to move on from a shattered heart by embracing the outcome with nostalgia.

Check out Connor Desai’s Spotify for ‘Some Time Ago’.