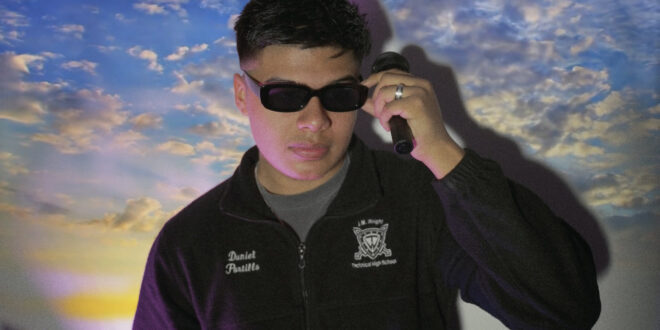 “Reborn,” is a mix of trap and hip-hop styles

DannyP is a Stamford-based rapper from the United States who’s making some waves in the hip-hop scene. Also, he produces and plays drums. DannyP is a well-known music inventor with a penchant for wordplay and the ability to delve into the array of music surrounding him. He chooses a combination of classic rhythms and story-telling approaches to ensure that everyone in the crowd has a chance to feel some intangible magic between the music and himself, having experience across various distinct subgenres of hip hop. And recently, DannyP has released a new song named “Reborn” which he released on the 15th of April this year.

DannyP quickly reminds us in “Reborn” that one can do a lot with a little. With hard-hitting lyrics and beats, you wouldn’t expect to hear matched together, heartbreaking rhymes, and his vocal style over silky melodies, Kanye West and Kid Cudi’s tune, “Reborn” from their album “Kids See Ghosts” served as inspiration for this song. DannyP also bases the song on his own life experiences of yearning to be reborn and feel new because that is what this piece “Reborn”, is about.

DannyP’s song “Reborn” is a blend of trap and hip-hop genres, similar to a song by Travis Scott, one of DannyP’s idols, along with Kanye West, Tame Impala, and Tyler The Creator. The “Reborn” instrumental contains a powerful beat and captivating melodies and rhythms that keep the listener interested. The beat is spiced up with a few components that bounce to and from the song to keep things fresh due to the track’s fusion of trap and hip hop.

DannyP raps about his life path, from his birth to where he is today, through his lyrics. Without becoming monotonous or repetitious, the lyrics are honest and introspective. “Reborn” is an outstanding piece of music that suddenly rose to prominence thanks to the artist. The song has a chilling pace that gives it a lot of intensity, and DannyP rides through his strong words that are so soulful that they left us speechless.

Listen to “Reborn” by DannyP on his Spotify and let us know what you think. Cheers!