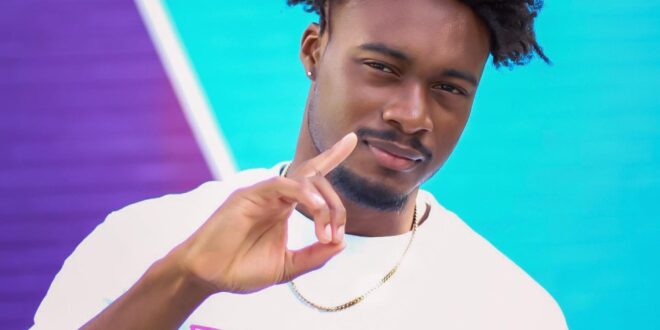 Gemïny is a Columbia-based alt-pop musician who was born in North Carolina and studied music composition at the University of South Carolina. Following a violently abusive relationship, his goal as an artist shifted beyond his love of music and need to express himself. He continues to dominate an army of 20k+ monthly listeners with his honesty, fluidity, and soulful approach to extending a hand into his dynamic cosmos defined by a fine combination of tragedy and love. Following the success of his sophomore song “Avalanche,” Gemïny wasted no time in capitalizing on the enthusiasm, releasing “Hesitation” on July 21st of this year.

With “Hesitation,” Gemïny has defined his tone. “Hesitation,” with gritty rock subtleties influenced by Hayley Williams, Michael Jackson, and Usher, is another behemoth soul-pop performance from Gemïny. His vocals are so sweet, bright, and relaxing that they instantly dissolve all suffering and unpleasant feelings. It’s amazing to hear them accompanied by a wonderful beat that creates magnificent noises and soundscapes in the mix, which makes this music feels uniquely his. He expresses himself freely in all of his lyrics, displaying enormous desire and esteem.

“Hesitation” was inspired by the beginnings of star-crossed love, packed with exaggerated promises, eerie idolization, and the universally shared sensation of uncertainty and bewilderment throughout the courting phases while preserving its cheerful and energetic vibes. Gemïny has, however, conveyed his thoughts in a far more refined manner.

It’s funny, Hesitation draws a very specific memory for me. A time where I got into this fight at a house party over a girl. Which if you ask anyone who knows me that’s completely out of character. I’m an extremely prideful person so I’m big on maintaining my image strong advocate for remaining unbothered and not chasing at all. But there I was a freshman 12 shots in and highly bothered breaking walls and smashing tables. A bad look overall. But I think that really incapsulates the essence of hesitation, the juvenile way you act to impress a crush back in grade school. That conflicting mix of excitement and fear that reeks of teen spirit. Says Gemïny.

From what I’ve heard on this record, “Hesitation” appears to be pretty strong, and it had me singing along without even realizing it. I believe Gemïny has impressed his fanbase as well, as his wonderful voice bursts through the music rhythms. TJ Routon mixed and Jeremy Chua mastered “Hesitation.”

Listen to “Hesitation” by Gemïny on Spotify or SoundCloud and let us know what you think. Cheers!

You can follow Gemïny here and below for more information