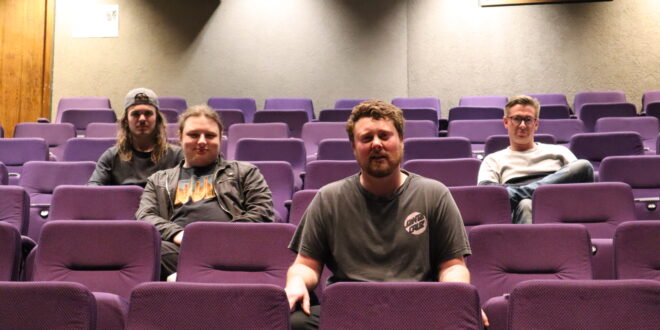 REVIEW OF HIGGS FIELD’S “LEADER IN THE EYE”

Higgs Fields has released “Leader In The Eye,” a brand-new single from their upcoming debut studio album, which they are anxiously anticipating. Higgs Field is a rock and metal band from Mount Gambier, South Australia, comprised of Dylan Leggett, Kyle Gleed, Bradley Frost, and Liam Brown. Because no one behaves or says what the band does or says in their songs, the band’s manner of displaying their talent is without a doubt one in a million. Higgs Field released their amazing single “Leader In The Eye” on August 19, 2022.

This is the type of music that draws your attention right away. Higgs Field may develop its songwriting style as a band since they appreciate a wide range of genres. They use elements of rock, metal, and psychedelic music to produce strong songs with usually dismal yet motivating lyrics to increase awareness of a specific form of culture.

“Leader in the Eye” is a song about the survival of culture. We scream “Just keep walking” alongside, deep percussion, heavy riffs, and psychedelic melodies, locking you into a groove and taking you on a journey through a story of leadership and survival.

In “Leader in the Eye,” a song about cultural survival, the band asks you as a listener what you want to change as they take you on their evolutionary journey. Whatever your culture is, listener, stand up and protect it for future generations, from one generation to the next. This song displays the band’s close relationship with its friends by instructing you on how to put what the Higgs Field band sings about into action. They have spent a significant amount of time and work establishing control comments.

Listen to “Leader in the Eye” by Higgs Field on Spotify or SoundCloud and let us know what you think. Cheers!