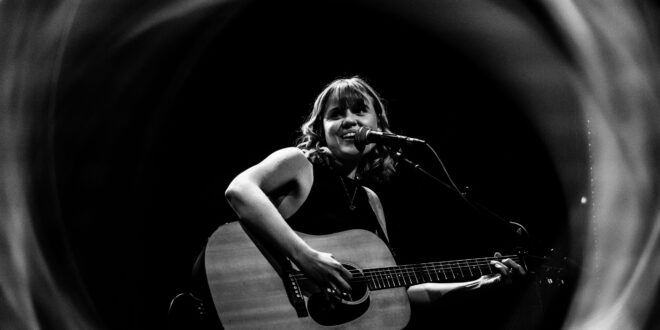 Born in Arlington, Texas, Jackie Minton is a singer/songwriter who showed interest in being a musician from her early stages after picking up the guitar and piano and quickly took to songwriting. She released her debut EP “Searching for Now” in 2016 and quickly attracted the attention of people all around the world since her songs are utterly emotional and heartfelt. As seen by her latest track “That’s Alright,” the second single from her upcoming “Genesis” EP, which is set to be released in January of next year. Anyway, “That’s Alright” was released on November 4th and features Julianna Sweeney.

Opening melodically with exquisite piano chords placed in a mellow tone that perfectly sets the tone for the song, it brings you to a nice and calming environment that is difficult not to give heed to. The piano chord progression is excellent for the song. However, Jackie’s angelic vocals are expertly conveyed, and her charming vocal harmonies add to the emotional heft of the song with an extremely basic design that allows the verses to flow into each other fluidly. “That’s Alright” displays Jackie Minton and Julianna Sweeney’s passionate nature with passionate lyrics and flourishes of effortless accompaniment. And it’s worth noting how well they bind their vocals.

When it comes to the message “That’s Alright” conveys, it is described as the “perfect track for a season of darker days”. And this, in my view, is an inspiring song. This is due to the lyrics’ discussion of those dismal days when you feel like your world is crumbling around you and you believe there is no possibility of seeing happier days. However, the song portrays the nature of life and how everything will fall into place, so no matter what difficulties we encounter today, “that’s alright.” The vocal renditions, which seem compassionate and real, effectively capture the emotions and bring out the song’s noble intent.

“That’s Alright” is a stunning composition that will keep us riveted to the storyline. The melodic vocals have a powerful impact on the atmosphere and bring a lot of passion to the tone with a steady degree of precision. The mood is quite passionate, and it is certain to captivate listeners with a unique melody that casts an indelible imprint. The melody is very lovely and calming. Overall, the song’s production is excellent, and Jackie Minton and Julianna Sweeney delivered outstanding performances that sound artistic and fresh.

Listen to “That’s Alright” by Jackie Minton on Spotify or SoundCloud and let us know your thoughts. Cheers!