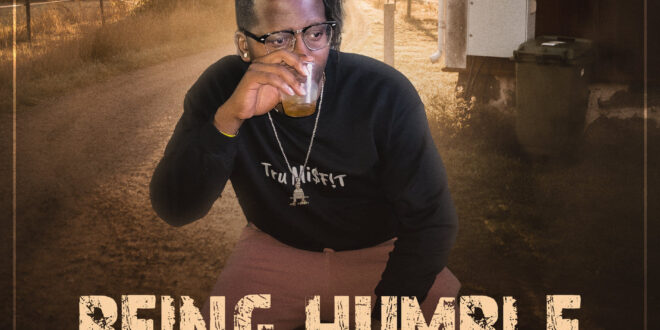 Review Of J’Moris’ “Being Humble”

J’Moris, an artist of unique and very special genius is a rapper and storyteller from Hillsboro, TX, who wants it all on his new Summer hit “Being Humble,” which he released on June 13th of this year. Moris’ charming verbal repertoire is on display as he waxes philosophical over throbbing, downtempo rap rhythms and abundant melodies created by Anywaywell. The Texan writer is in a fresh and untouchable frame of mind on “Being Humble,” eager to embrace the adventure of embracing life.

J’Moris is certainly on a spree in “Being Humble.” J’Moris’ tunes stretch his horizons with well-produced rhythms and a crisp, seamless cadence. He has a wonderful flow with his verses and his music approach smacks me of Gucci Mane. The catchy riffs on “Being Humble” are kept basic and pristine, accentuating J’Moris’ lyrics and fluidity all the more.

The centerpiece of J’Moris’ music is his grasp of tempo and rhythm, which is uncommon in mainstream rap. This year, he appears to be pushing and exploring new boundaries with his repertoire. “Being Humble” is a song that is both relaxing and fun to listen to. It moves forward with a bold vocal delivery and a bright, string-heavy rhythm and exhibits a distinct work with a fantastic mood.

About the boisterous new single, J’Moris says “What’s the point of having your cake if you can’t eat it? It’s hard to enjoy the fruits of your labor when being humble.”

The end effect of “Being Humble” is a song that is as magnificent as it is positive, and that feels both timeless and modern. J’Moris is an artist full of optimism and certainly worth keeping tabs on.

Listen to “Being Humble” by J’Moris on Spotify and watch the video with the link below and let us know what you think. Cheers!