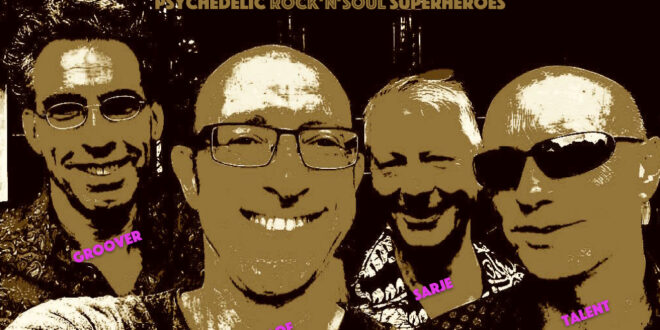 Review of Near Death Experience’s(NDX) -‘Underground’

With their latest track, ‘Underground,’ Near Death Experience (NDX) takes you on a grooving rock’n’soul excursion.

They bring back the finest of music that has seemingly vanished, and here they are with “Underground,” a tune that will have your skeleton grooving and your soul flying through a meadow of riffy guitars and energetic voices. . This new single introduces us to a new musical genre, as the band calls it: “subterranean swing!”

The structure of the song incorporates several texture aspects and incorporates a variety of genres, surprising the listener while remaining quite swingy. The nearly two-minute single is wonderfully pop-rock with a reggae bounce, as NDX mixes some rather profound and truthful lyrics with a danceable peppy sound.

The song “Underground” begins with an acoustic guitar riff, which sets the tone for the singer to take the stage. The singer interacts with the flow of the music, inviting listeners to join in and sing along, with an impassioned, talented, and captivating voice. The music’s arrangement, on the other hand, clearly demonstrates a talented group of musicians playing the instruments.

“Underground” is a pleasurable listen throughout, displaying Near Death Experience’s outstanding songwriting and superb musicianship while also exhibiting the band’s flexibility and creative originality.

Stream “Underground,” on NDX’s Spotify and see the official video on YouTube. Cheers!

Previous Gloomy June Is Out With Their New Single, “This Party Is A Warzone”
Next Mura Masa Gives A Taste Of Upcoming Album With “Blessing Me” Featuring Skillibeng & Pa Salieu