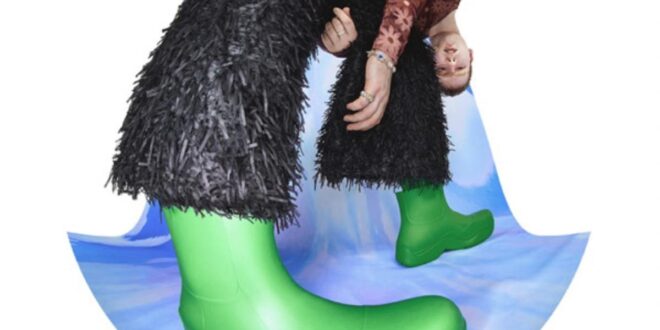 Mura Masa’s been making hits for a while now. Way back in 2017, the electronic producer teamed up with Charli XCX on the banger “1 Night.” He also released a track with Desiigner, “All Around The World,” and remixed UK rapper J Hus’ “Did You See.” In the same year, he released his self-titled album, which included features from the likes of A$AP Rocky, Bonzai, Damon Albarn, and Christine and the Queens.

It seems that Masa’s collaborative streak will continue with his forthcoming album Demon Time, of which we’ve already seen a single featuring Lil Uzi Vert, PinkPantheress, and Shygirl. His newest single off the album, “Blessing Me,” continues to bring in the big names, this time Pa Salieu and Skillibeng. The two spit over a low key beat from Mura Masa, which is comprised of a few sound effects and pulsating synthetic vibes. It’s a track that’s perfectly suited to the two artists’ strengths. Skillibeng brings dancehall melodies and Pa brings hard-hitting verses.

Mura Masa has confirmed that Demon Time will be coming out September 16. Check out the song below, and let us know what you think of it in the comments.

Weh you say, you man apprentice
Nah, make you come, him selfish
Make me take you to the trenches
F**k you, like me headsick