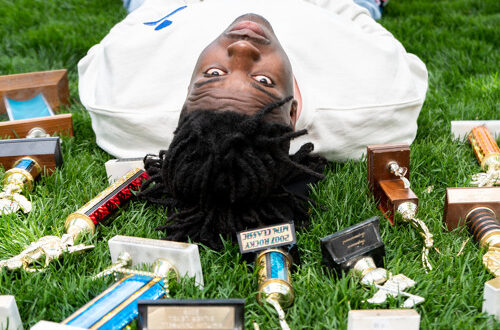 ‘Hard’ is a genuine work of art in the manner of Chris Brown.

‘Hard’ is the fourth and final track off the new EP ‘Winnin’. It’s a song about throwing caution to the wind and generously adoring someone while having no qualms. Released on 3rd March 2022, ‘Hard’ is an astonishing new song from Obeeyay a Utah-based artist in the United States. It was produced by Sensho at the Paramount Recording Studios.

This music feels unique because it can be taken in whatever manner you desire. It is about reflecting on the times in your life that you spent with someone and being grateful for the time.

‘Hard’ is a song dedicated to the invincible pair. Obeeyay composed it thinking of all the times people doubted his connection with the lady he was with throughout school, trying to show a point that while he is with her, nobody can say anything since they are impenetrable.

Also, ‘Hard’ could be described as a new perspective on hip hop with a variety of tastes. Rich electronic beats distinguish themselves from the throng. It cleans up wonderfully and has a pretty lively mood to the overall composure. A carefree, let your hair down atmosphere. The lyrics describe a simpler era and a romance that should be pure joy.

‘Hard’, a captivating dance-pop burner with soaring melodies, addictive rhythms, and a slick vocal delivery, depicts vocalist Obeeyay as an expert in following your gut and going with the flow. ‘Hard’ incorporates elements that inspire reminiscence, which many would correlate with mainstream R&B musically.

The song begins with a good pop opening, and the moment we hear the vocals, we can feel Obeeyay’s deep love for what he does. In this single, his vocal style swings from pop to rap, providing something that keeps us fascinated throughout. The tempo change results in an RNB/Pop/Rap hybrid. The song’s tremendous intensity and driving rhythms are enough to get anyone thrilled and passionate about life.

Listen to ‘Hard’ on Obeeyay’s Spotify and offer the artist some love. Cheers!

Previous Review Of Fritz Kahn and The Miracles’, ‘Believe’
Next Omah Lay Pays Tribute To The Divine Feminine On “Woman”