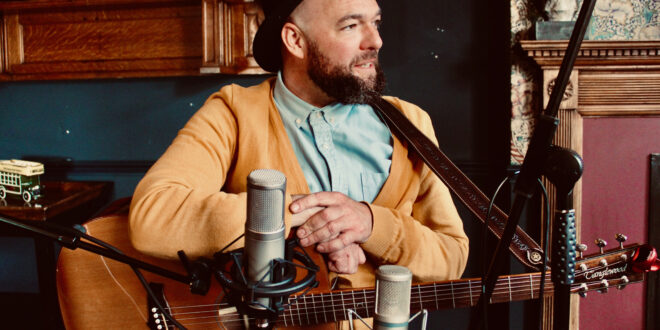 Craig Gould is a rising Americana/Folk singer-songwriter from Burton on Trent, United Kingdom. Gould has made a reputation for himself through appearing in several venues, including BBC Introducing. With all of the ethereal and graceful traits we’ve come to expect from Gould, he’s added a traditional Americana/folk edge to his sound, broadening what we thought he had in his arsenal as he weaves stories into his songs that transport the listener to another world. The song we’re talking about today on SongWeb is Gould’s “Burned,” which he released on May 11th of this year ahead of his debut album “Songs from the Campfire”

“Burned” is a booming, shredding, sing-along narrative that may be the summer drinking anthem. The song is driven by an avalanche of passion, as Gould pours an enormity of feeling through his delivery. With the chorus hitting after about 30 seconds, the song has been designed to maximize radio and playlist curation by providing continuous progression and intrigue throughout the 3 minutes and 40 seconds.

The guitar is a treat to listen to in all its glittering glory, beginning with pounding bass lines, booming acoustic guitars, and a gripping tale throughout the song. Gould’s vocals are strong and pierce through the arrangement effectively, while the percussion is straightforward, sparse, and pleasurable to pay heed to. Although the song is steeped in Folk and classic Americana, Gould gave it a current and updated vibe in terms of quality.

Listen to Craig Gould’s “Burned” on Spotify and help Craig donate to CALM, a UK mental health organization with whom he has collaborated. Let us all try our best to express some love. Cheers!