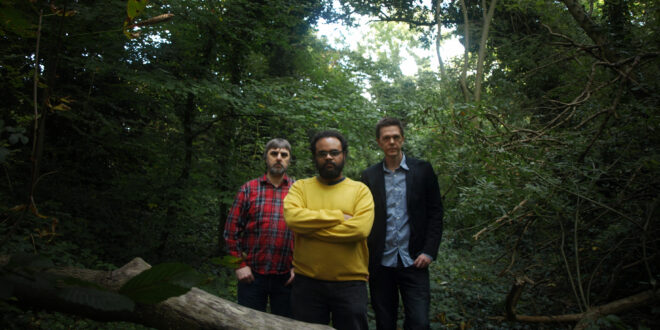 Review Of The Sighs of Monsters’ “Bird Shot”

The Sighs of Monsters are a four-piece London-based Electronic Rock band. With their latest track “Bird Shot,” they provide a nasty flare of melancholy alt-rock. They’re highly anchored in contemplative or philosophical lyrics and careful compositions, and the lads slow the tempo down considerably in this five-minute piece and yes, they give a dismal message in their current single, “Bird Shot,” which was published on April 1st, 2022.

The Sighs of Monsters’ new track, ‘Bird Shot,’ aims at Russian President Vladimir Putin, the latest crazy ruler to threaten the globe with extinction. The film, which comes from a satirical fictionalized newsroom of Russia’s state propaganda station RT, juxtaposes Battleship Potemkin images with Russia’s new Tsar’s war atrocities. “Bird Shot” seems like a depressing, gloomy look at how nothing humans do meets the requirements.

Though it was hard to digest, the threat of nuclear war loomed over the world again this month as another despot with grand delusions sent in his army to fulfill some twisted national destiny. Once again the citizens of peaceful cities took cover in underground shelters as sirens wailed above ground. This song is not a direct political commentary on current events, however, but rather a rumination on what drives the tyrannical personality, and on the fragility of peace, says the band.

The Sighs of Monsters ensure that everything is included, in exactly the correct quantity, with the appropriate proportions of beats, rhythms, and vocals. The vocals would astound you since they are fascinating in more ways than one. Not only are the voices unique, but so are the lyrics. Everything in this song seems new to the hearing and emotions. When you hear this tune for the first time, you fall in love with its tempo and the pure quality of elevating you.

Listen to “Bird Shot” by The Sighs of Monsters on Spotify and let us know what you think. Cheers!

It fell to earth like a bird shot through the heart
And in a flash, the world was blown apart
Do not forget every man, woman, and child
Not history made, history defiled

Previous Pena Hughes-John, Also Known as Pena & Lethia’s Natorium, is back with “Inner Child.”
Next Elias James Goes “Low Key Crazy” For A Lover This Summer